Wolves vs Southampton: 6 Key Facts & Stats to Impress Your Mates Ahead of Premier League Match

In their first season back in the Premier League, Wolves finished seventh in 2018/19, impressing many with their fine counter-attacking football.

Southampton were not so eye-catching, but they did finish the season strongly to ensure that they remained in the top flight for another year.

With the aid of Opta, we have put together some statistics that you can tell your friends ahead of what promises to be an intriguing contest on Saturday afternoon. 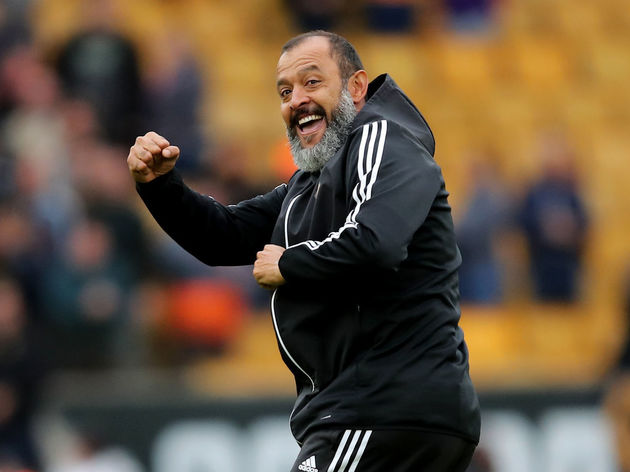 The hosts have won their last two home games against Saturday's opponents in all competitions. The latest of those came in September 2018, when Wolves

This follows a run where Wolves failed to win nine consecutive home matches against the Saints, losing four of those games. That run now seems to be a thing of the past, with Wolves having the measure of Southampton in recent times. Wolves started the season shakily. Some wondered if their extra commitments in the Europa League were hampering them. They have answered their critics emphatically in recent games.

Nuno Espirito Santo's side have won their last three matches in all competitions, keeping clean sheets on each occasion. The latest of those victories was the best of the lot, as they shocked Manchester City to claim a famous 2-0 win at the Etihad Stadium.

They have not won four on the trot since April 2018, but will fancy their chances of matching that record this weekend. Meanwhile, Southampton's form has gone in the opposite direction. They have lost their last three Premier League games, conceding nine goals in the process. It is a run that sees them only outside the relegation zone on goals scored.

The side have not lost four on the bounce since April 2018, and need to sharpen up if they are to bring their losing streak to a halt.​

Southampton Happy on the Road Having lost their last three league games, you might think Southampton

The Saints have picked up six of their seven points so far this season away from home. That means that they have accumulated a league-high 86% of their points on the road.

They have also managed to keep four clean sheets in six away games across all competitions so far this campaign, more than any other Premier League outfit. Saturday's game will be the 100th that Wolves has hosted in the Premier League era. They have lost 41 of their 99 previous home games, with only West Brom (​45) and Crystal Palace (44) losing more of their first 100 home fixtures.

However, the side have only been beaten in one of their last 12 league games at home - last month's 5-2 loss to Chelsea - Southampton's front man has scored in each of his last three games across all competitions, finding the net four times during those matches.

This weekend he will be looking to score for the fourth successive match, a feat he has not yet achieved in his career in English football.​