​With Gareth Southgate set to name his latest England squad for upcoming Euro 2020 qualifiers against the Czech Republic and Montenegro, one player that has been backed to earn a call-up is James Ward-Prowse.

The 24-year-old has been the main beneficiary of Ralph Hasenhuttl's appointment in early December, with the Englishman becoming a key figure in a Southampton side looking to avoid relegation from the Premier League.

The thought of a battle to remain in England's top tier could be put to one side for a fortnight however should Ward-Prowse be named in Southgate's squad, and it's a prospect that few people could argue against. Ward-Prowse has played 90 minutes in ​Southa​mpton's last 11 ​Premier League games (four wins, three draws and four defeats), although it's his form in front of goal that has seen his stock meteorically rise in recent weeks.

After netting just ten goals in his previous 176 league appearances for the Saints, the midfielder has scored six in his last nine, and his latest effort - the free-kick winner against Tottenham - the undoubted highlight of his purple patch.

A set-piece specialist, Ward-Prowse's last two goals for Southampton have been direct free-kicks, as he followed up his effort against Manchester United with the aforementioned winner against Spurs, although it's a positional change that has marked an upturn in his form as well.

Hasenhuttl's preference to play a 3-4-2-1 has seen Ward-Prowse deployed as one of the two attacking midfielders behind a central striker, having played in a number of positions for the Saints since making his debut in the opening day of the 2012/13 league season, including in central midfield, defensive midfield and even a brief stint as a wing-back.

While possessing attributes usually associated with wingers, mainly crossing, his current position in Hasenhuttl's side allows Ward-Prowse to affect the game with his quality on the ball from more central positions, while his energy and pressing lends itself to playing in the position.

No other player has covered more distance in the Premier League in 2019 than Ward-Prowse at 123.7km, and it's that kind of perpetual motion, and encompassed talent, that could see him represent his country at senior level once again.

Ward-Prowse's only England cap to date, which came under Gareth Southgate, was a seven minute cameo against Germany in March 2017, although the Three Lions' progression since then could see the Southampton midfielder become a useful member of the squad.

Taking England's 2018 World Cup campagin as an example, of the 12 goals they scored on their run to the semi-finals, six of them came directly from set-pieces situations - free-kicks and corners - which is a major part of Ward-Prowse's game that Southgate's side could benefit from in the future.

While the Saints' starlet has shone in a more attacking position in recent weeks, the competition for places in those positions for England is fierce, which is why his 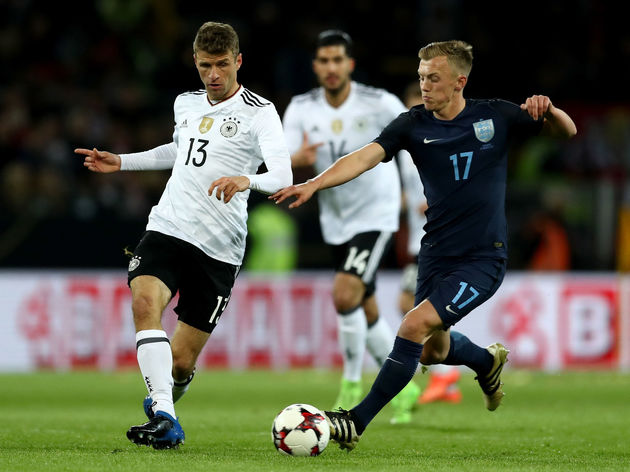 Should Ward-Prowse earn a spot in the latest England squad, then the midfielder would owe a lot of it to Hasenhuttl, with him ​praising the Austrian for explaining in no uncertain terms what is expected of him, which has seen him kick-start a promising career that could result in international caps in the near future.

"We have a really detailed way of playing without the ball now. It requires a lot of running and physical work which thankfully I'm good at. The manager showed me clips of teams he has worked at before and told me what he expects of a No 6 or a No 8." "A lot of the goals we have scored have come from tackling high up the pitch. My goal against Everton was similar to that. It's just about learning."