Time is now for Manes return 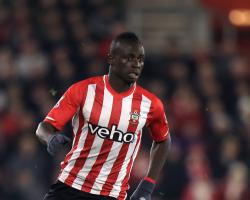 Saints travel to the Hawthorns after last Sunday's 2-0 loss at home to Liverpool saw them slip to fifth in the Premier League.

Senegal winger Mane, who has scored five goals for Saints this term, was a substitute after turning up late for the Liverpool clash, but is now in contention to start.

Koeman said: "I punished the player, because that's one of the rules and instructions we have for the players.

That's not a problem.

"But to play you have to be on time

That was on that day.

I spoke to Sadio before the game

He understood the reason why."

Koeman admits Southampton remain unfancied to claim a place in the Premier League's top four and with it qualification for the Champions League, but he does not think it is beyond his side.

"I don't think it's too much because everybody can dream about success, about the Champions League," he said.

"We know exactly our qualities

It will be a very long season to keep this position in the table.

"The big ones (clubs) normally - it's not an exception for this season - will have the highest positions in the league.

Defender Toby Alderweireld is nearing a return, but is not likely to be back in contention until next Tuesday's match with Crystal Palace.

Koeman added: "Toby Alderweireld is close to being back, but is still not available for this weekend.

"We hope he will be fit enough for next Tuesday

That's good news that he is fairly close to being back."

The Dutchman is looking forward to have Alderweireld back, particularly as Jay Rodriguez (knee) and Emmanuel Mayuka (groin) remain long-term absentees.

"It's always frustrating for everybody, for the manager as well, because you like to have everybody available," he said.

"You like to have competition between your players in the squad."