The State of Southampton: An Overview of the Club's Prospects as Football Takes a Break

Having flirted with relegation during a horrendous first half of the season, ​Southampton impressively managed to turned their fortunes around.

In October, they suffered their heaviest loss in the club's history when they were played off the park by Leicester in a humiliating 9-0 defeat at St Mary's, but in all credit to them have recovered well since.

With football currently halted around the world, here's a general overview of how well the Saints have done and what the future may hold for them. In the last two seasons, Southampton have lived dangerously at the bottom of the Premier League, coming 17th and 16th.

The main goal again this season was survival - right now that's going well for the south coast side as they sit healthily in 14th ​place, seven points away above the relegation zone.

Regarding cup competitions, the Saints narrowly lost 3-2 to Tottenham in a FA Cup fourth round replay and fell victim to ​Manchester City in the Carabao Cup round of 16, losing 3-1. ​Southampton's squad is almost injury-free, with the only concern being Nathan Redmond. The English winger sustained an injury in February and was due to return in April, so he's likely to be fit when football eventually resumes.

The only player who will definitely miss their next game is summer signing Moussa Djenepo, who is suspended after picking up a straight red card in the Saints' 1-0 loss to ​Newcastle.

Apart from that, Southampton should have a fully fit and ready squad by the time they are back on the pitch. 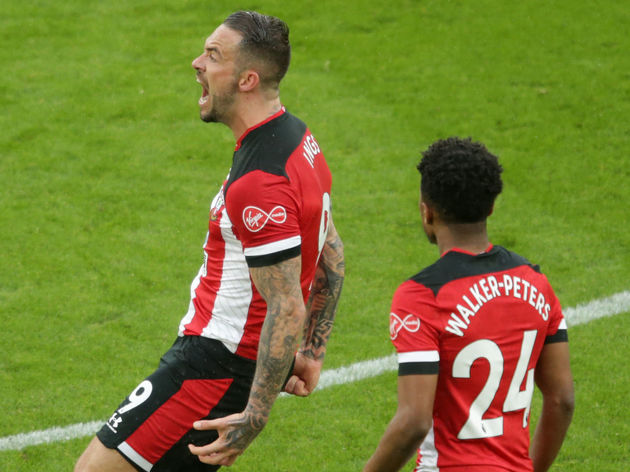 If the Premier League does indeed continue once all is well, the Saints have nine games left to complete, so relegation is still a possibility. They have the firepower up front to survive, but their inconsistency has baffled many.

Just how can a team lose 9-0 to Leicester at home and then beat them 2-1 in the reverse fixture? ​Chelsea ​Three players due to finish loan spells are expected to return to their parent clubs this summer. Signed from ​Tottenham in January, Kyle Walker-Peters will likely return to London and defender Kevin Danso will finish his season-long loan spell from Augsburg unless he's signed on a permanent basis.

The only player not on loan whose contract ends is 33-year-old Shane Long. The Irish striker has developed a strong partnership with Danny Ings up front so he could receive a contract extension, though his age may mean it's a short-term deal. ​It is pretty quiet on the transfer front for Southampton as they've not been heavily linked with anyone in particular, with only a couple names mentioned here and there.

Bristol Rovers defender Alfie Kilgour has caught the eye and impressed in his maiden season at the club. The possible signing of the 21-year-old would allow Danish centre back Jannik Vestergaard - who's been linked with a move away - to leave St Mary's in the summer.

Relatively unknown right back Joakim Maehle is also being eyed up and could make a move from KRC Genk in a few months' time. The 22-year-old has impressed in the Jupiler Pro League and a transfer to England from Belgium may launch his career.