Southampton vs Wolves Preview: How to Watch on TV, Live Stream, Kick Off Time & Team News

​An in-form Southampton welcome Wolves to St. Mary's in the Premier League this Saturday as the Saints go in search of a third consecutive league win.

The hosts are unbeaten in six league games which includes five wins - a run has seen them climb away from the bottom three and into 12th. They are now seven points clear of the drop zone after spending the majority of the start of the season in it. 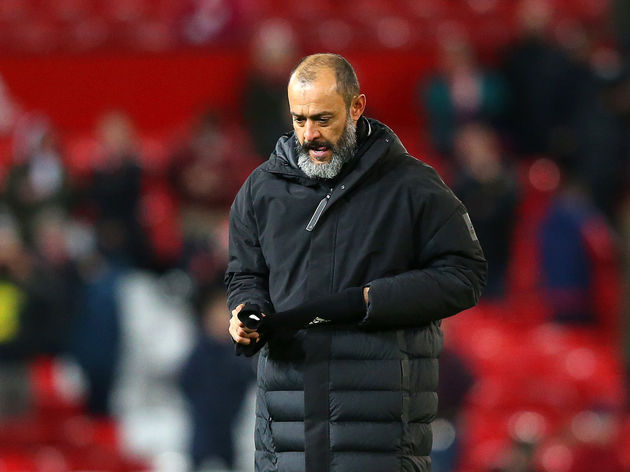 Meanwhile, Wolves are in contrasting form and have struggled as of late. They've not won in their last three games having won back-to-back games previously, and were also knocked out of the FA Cup in a replay at Manchester United on Wednesday.

This should be an interesting one as Southampton look to continue their resurgence and move level on points with their visitors.

​Saints boss Ralph Hasenhüttl has no new injury concerns to deal with, as Yan Valery continues to recover from a viral infection.

It is likely that the Austrian will name the same side that impressively beat Leicester away from home last weekend. The likes of Che Adams and Moussa Djenepo will be pushing for starts after coming off the bench in their 2-1 win at Leicester last time out. For Wolves, long term absentee Willy Boly remains out with a knee injury, while Diogo Jota is also expected to miss out as he continues recovering from an injury.

Nuno might also decide to stick with the same starting XI that drew with Newcastle last time out but if he does wish to freshen things up then there might be a start for Morgan Gibbs-White in the centre of midfield.

This two sides have played each other a total of 66 times, with Southampton just about having the best of it. The south coast side have beaten ​Wolves 27 times, with the Molineux side winning 22 and another 17 ending in draws.

However, Wolves have had the best of it in recent times winning four of the last six games between the two. Southampton's 3-1 win over Wolves ​in April last year was their first win against this weekend's visitors in 12 years. The last fixture at the start of the ​Premier League season ended in a 1-1 draw at Molineux, with the teams' two leading men getting the goals as a Raul Jimenez penalty cancelled out Danny Ings' opener.

As already mentioned, Southampton are in miraculous form after struggling at the start of the season. The Saints have won five of their last six in a run that has seen them climb away from the relegation zone and into safety.

During this fabulous run of form they have secured impressive away wins over Leicester and Chelsea, while also beating Tottenham at St. Mary's. The goalscoring form of ​Ings has massively helped this form with the English striker sat on 14 goals for the season now. However, Wolves find themselves on the opposite side of the spectrum and have been struggling for results as of late. They've not won any of their last three, losing at both Liverpool and Watford before drawing with Newcastle last time out.

Prior to that though, they had secured back-to-back wins over Norwich and ​Manchester City which will give them hope that they can get a result this weekend to end this current poor run they find themselves on.

This seems like a pretty easy prediction to make with both sides in contrasting form. Southampton are high on confidence and seem to be playing as if they're unbeatable at the moment while Wolves are struggling at both ends of the pitch. It's amazing to think that Hasenhüttl's side could move level on points with Wolves if they secured the three points given how both teams started their seasons.

Expect Ings and co to continue their good league form as they jump into the top half with a comfortable home win.