​​Southampton welcome Bournemouth to St Mary's Stadium this Saturday with the hosts close to guaranteeing their top-flight status for next season.

Shane Long broke the record for the quickest ever Premier League goal on Tuesday, the Irishman giving the Saints the lead at Watford after just 7.69 seconds. They were denied a victory in the final minute of the match by Andre Gray's close-range finish, though the draw gives them a six point advantage over Cardiff City in 18th place with three games left to play for both. The ​Cherries were beaten at the Vitality Stadium by ​Fulham last weekend, despite the Cottagers having already had their relegation to the ​Championship confirmed. Aleksandar Mitrovic slotted a second-half penalty past Artur Boruc for the only goal of the contest, as Bournemouth's poor form in 2019 saw them drop to 14th in the table.

Check out our preview of the ​match below.

will likely be without Danish centre-back

Young forward Michael Obafemi has been unavailable since March after tearing his hamstring and is not expected to be back for ​Southampton until next season. 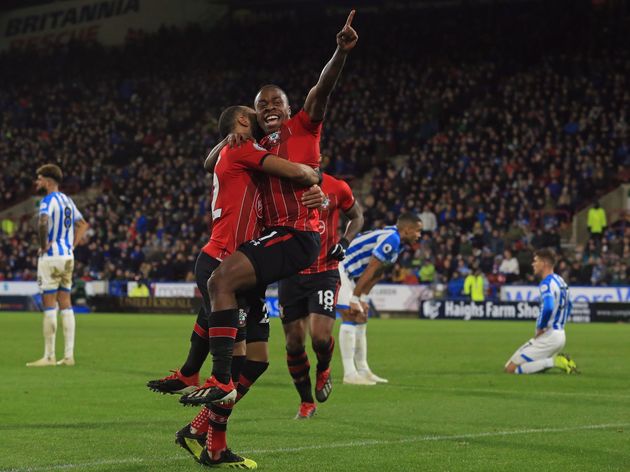 The visitors have an array of injuries to account for going in to the weekend's encounter. Full-back quartet Diego Rico, Charlie Daniels, Nathaniel Clyne and Adam Smith are all out, with the latter pair struggling with muscular damage. Rico and Daniels, meanwhile, have ankle and knee ligament problems respectively.

Eddie Howe's men haven't won this fixture in over three years, their last victory coming in March 2016 courtesy of Steve Cook's volleyed effort and a late Benik Afobe header. Since then the Cherries have lost twice and drawn three times.

The most recent match-up saw the points split, with neither side able to break the deadlock in a dull affair at the Vitality Stadium last October. The dire nature of the contest was summed up by Manolo Gabbiadini's gilt-edged miss in stoppage-time, as the Italian misdirected a header off target with the goal at his mercy. 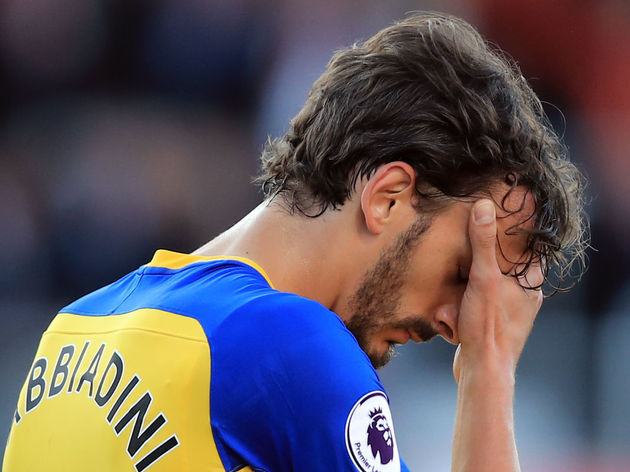 That was the third draw in the last four meetings between the Saints and Bournemouth, taking the overall total to eight. The former have emerged victorious on 13 occasions throughout history, going down on just seven.

The hosts have picked up an impressive 10 points in the six ​Premier League games leading up to Saturday's fixture, with that run including notable wins over high-flyers ​Tottenham Hotspur and ​Wolverhampton Wanderers.

Long's record-breaking score at Vicarage Road in midweek was his third in four appearances, a remarkable return for a man who finally ended a 279-day goal drought in January. Before the draw with the ​Hornets on Tuesday, ​Newcastle United

Straight to the top ⚡️

Bournemouth have claimed victory in just two of their last 11 league matches, securing away wins against relegation-battlers ​Brighton and ​Huddersfield Town. They looked fearsome and resurgent in the 5-0 success at the Amex a fortnight ago, with Howe evidently demanding a strong end to the campaign after the side's poor performance this calendar year.

End of season slumps appear to be the Cherries' forte, the club having endured a similarly indifferent close to 2017/18 after their exquisite winter showings. Nevertheless, striker Callum Wilson seems to be rediscovering the form he had been showing before a knee injury forced a spell on the sidelines in early 2019, the 27-year-old racking up a total of five goals and assists in his last six games.

Here's how the two teams each fared in their previous five results:

Despite the fact that survival is now within touching distance for the home side, they will not be resting on their laurels. The St Mary's crowd will demand an end to the matter, not wishing to rely upon results elsewhere to guarantee safety this weekend. With a wounded Bournemouth coming to town, they will be baying for blood. Whilst the visitors have nothing material to play for, there is pride on the line, as well as a desire to end the campaign well. If their woeful form is not resurrected before the summer, the Vitality faithful may well begin worrying about their chances in 2019/20.

The rivalry between the sides, as well as their recent meetings, suggest this could be a close-run contest. Both are more than capable of scoring, though it is likely to be a tight, tetchy encounter.