Southampton Transfers: Deciding Which Players to Keep and Sell This Summer

Southampton will have to make changes to their current squad if they want to climb the table next season as they are lacking the strength and depth needed to thrive in the Premier League. 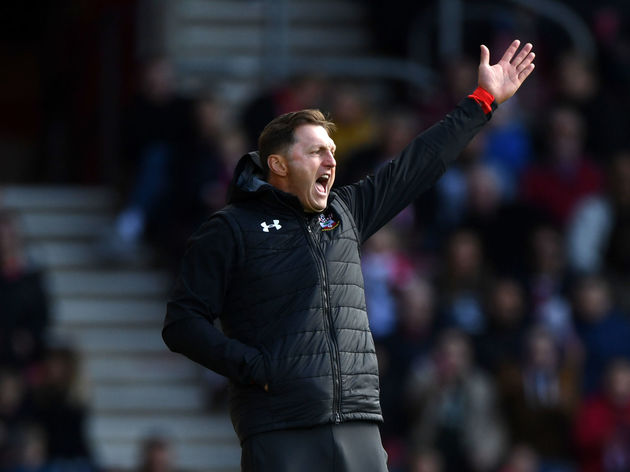 Southampton have shown signs of promise throughout the season but will need to introduce some creativity and consistency next season.

Here we take a look at what Hasenhuttl will need to do in this summer transfer window. ​Angus Gunn - KEEP - What a signing Gunn has proven to be. He has not only managed to make the number one shirt his own at St Mary's but has also moved above fellow Southampton keeper McCarthy in the England pecking order.

Alex McCarthy - KEEP - McCarthy would make a sensible back-up for Southampton who has proven competent enough to possibly warrant a few cup appearances next season.

Fraser Forster - SELL - You'd be forgiven if you had forgotten about Forster but the 31-year-old is still on the books at Southampton and his hefty wages were a massive factor in the reluctance to bring in permanent signings last season. Forster will have to go to free up some funds for Hasenhuttl to spend this summer.

What's the story with Fraser Forster ?? Couple of seasons ago he was England's number one, now he can't even get on the Southampton bench !! #motd #Saints

Harry Lewis - LOAN - A loan move seems smart for this young shot stopper who could do with regular senior football after impressing for the youth sides. Also, Saints are likely to bring in a third choice keeper as a reserve, making Lewis' route to the first team a difficult one. Ryan Bertrand - KEEP - Bertrand hasn't quite hit the form that linked him with a move to Manchester City last summer but has still played a vital part in Southampton's survival this year and you'd expect to see him playing regularly again next term.

Matt Targett - KEEP - Targett looked certain to leave Saints last summer with newly promoted Fulham showing interest but Southampton kept him around and he managed to secure his place as Bertrand's understudy.

Yan Valery - KEEP - Valery was one of the most exciting players to emerge last season at St Mary's and at only 20 years old the French right back looks to have a bright future on the south coast.

Cedric Soares - SELL - Cedric is a talented player and won't be short of suitors this summer but his time with the Saints looks to be over after joining Inter on loan, with the Serie A side having the option to make the move permanent.

Kayne Ramsay - LOAN - Ramsay became the youngest starter in the Premier League last season when he made his debut against Manchester City in December and a loan could help him grow into another successful graduate of the Southampton academy.

Sam McQueen - SELL - An academy graduate who doesn't look set to forge a successful career with the Saints is McQueen who, after moving on loan to Middlesbrough, had his season ended early by a serious knee injury in November. Doesn't look likely to move above Targett or Bertrand in Hasenhuttl's plans. Maya Yoshida - KEEP - Southampton look set to bring in a central defender as a high priority this transfer window, but Yoshida has been a long-term servant of the club and you can expect to see him challenging for a place in the starting lineup come the start of the season.

Jan Bednarek - KEEP - Bednarek looked like a class act at the heart of Southampton's defence at the end of last season and should his form continue he could play a vital part in Hasenhuttl's plan to climb up the table next year.

Jan Vestergaard - KEEP - Premier League clubs tend to have four central defenders to choose from in a single campaign and Southampton fans will feel Vestergaard could still have something to offer to their back line. Jack Stephens - SELL - A new defender arriving in Hampshire could spell the end to Stephens' time at St Mary's as he's unlikely to have a look in come the end of summer.

Wesley Hoedt - SELL - Hoedt's time at Southampton has been more than disappointing and after a loan spell at Celta Vigo you'd imagine he'd be shown the door permanently this time around.

Alfie Jones - LOAN - Jones looked solid in his loan spell with St Mirren and could be given a chance to prove himself at a higher level. James Ward-Prowse - KEEP - Ward-Prowse has thrived under Hasenhuttl and his form was even recognised by England boss Gareth Southgate as he was included in the preliminary squad for this summer's Nations League finals. He'll be the key man in midfield next season.

Oriol Romeu - KEEP - Southampton will likely look to bring in a new signing to bolster their midfield this transfer window, thus paving the way for a departure, and Romeu seems more likely to keep his place over the less defensively sound Lemina.

Mario Lemina - SELL - Lemina is likely to be replaced as Hasenhuttl looks to build a midfield more suited to his philosophy and style of play.

Jordy Clasie - SELL - Clasie spent last season on loan at Feyenoord and isn't likely to be seen in a Southampton shirt again with a return to the Dutch leagues most probably his next step. The less said about his time here the better.

Ralph Hasenhuttl has reportedly told Charlie Austin, Jack Stephens, Wesley Hoedt & Jordy Clasie to look for a move away from the club in the summer [Sun] #SaintsFC pic.twitter.com/jHyNfPIUNj

Harrison Reed - SELL - Reed is a player whose development was probably stunted by Koeman's decision to bring in Clasie and block his route to the first team. After loan spells in the Championship Reed seems to have found his right level.

Jake Hesketh - SELL - Hesketh was once the most exciting prospect at Southampton, but injuries have resulted in his career slowly descending to the bottom tier of the football league where you can expect to see him next season.

Pierre-Emile Hojbjerg - KEEP - Despite Southampton's need for a creative midfielder there will still be a place for Hojbjerg at St Mary's even if he does end up playing second fiddle to a new arrival next season. Callum Slattery - LOAN - An exciting talent but completely unproven at senior level, Slattery is in dire need of a loan move this summer.

Stuart Armstrong - KEEP - Armstrong provided Southampton fans with a handful of goals in his debut season with the club and while he hasn't quite lit up the league he has probably done enough to warrant sticking around as an option for the upcoming campaign. Nathan Redmond - KEEP - Redmond ended last season as a key player for Saints and was pivotal in their relegation battle. Another player on the fringe of the national team, Redmond will be looking to push on with Southampton next season.

Mohamed Elyounoussi - SELL - After failing to find the net in 16 Premier League appearances, it would be surprising if Elyounoussi manages to get himself on the squad list come next season.

Sofiane Boufal - SELL - Boufal excited all Saints fans when he joined for a then club record fee of £16m in 2016 and even showed signs of promise after claiming the club's goal of the season award in 2017. However, his performances fell flat and Hasenhuttl looks set to try and recoup some of the funds spent to bring him in.

Josh Sims - KEEP - Sims seems to be favourite of the fans and Hasenhuttl alike and next season could be his breakthrough year at St Mary's.

Tyreke Johnson - KEEP - Southampton's academy has a great reputation across the footballing world and the next player fresh off the conveyor belt of talent looks to be Tyreke Johnson. A definite one to watch for the future. Charlie Austin - SELL - Austin has suffered a stop start time with Southampton and, with t

Danny Ings - KEEP - Ings was signed last summer from Liverpool and will continue to feature heavily next season as Southampton's number nine.

Shane Long - KEEP - It would be surprising if Southampton didn't bring a new striker so regular starts for Southampton could be hard to come by for Long next year, but he wouldn't be a bad squad player to keep on the bench.

Guido Carrillo - SELL - Southampton's record signing is probably the least memorable player on this list after joining for a reported £19m in January 2018. He managed just seven appearances, scoring in none of them, and joined ex-Saints boss Mauricio Pellegrino at Leganes on loan last season. Looks set to leave this summer.

 Leganes sporting director Txema Indias has hinted that the club would be keen to sign Guido Carrillo from #SaintsFC permanently: https://t.co/RYIJqZPi7a pic.twitter.com/K55YLiFcMi

Michael Obafemi - KEEP - Obafemi looks like an exciting prospect for Saints and his form last season earned him a call-up to the Republic of Ireland national side, where he earned his first international cap at the age of 18. A future star, Obafemi will hope for more Premier League opportunities next season.

Sam Gallagher - SELL - Gallagher featured a little under Hasenhuttl but is likely to want a move away for the good of his career. A transfer away would probably be best for both parties.