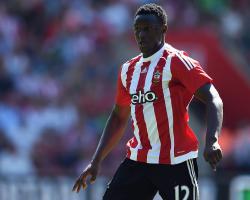 Manager Koeman insists Saints' Premier League rivals will be wasting their time should they try to court Wanyama's interest behind the scenes.

The Dutch boss remains adamant Southampton will reject all bids for Wanyama in January, despite accepting several top-flight clubs could be attempting to turn the Kenya midfielder's head.

Arsenal have been linked with a big-money January move for Wanyama for months, with Spurs rumoured to be monitoring proceedings, but Koeman remains unmoved.

"They can prepare whatever they like to prepare," said Koeman, of rumours rival clubs are lining up January bids for Wanyama.

"Don't spend time trying to buy a player from Southampton because it's impossible."

Koeman then claimed he remains unfazed about Wanyama's future despite fully accepting several clubs could well be trying to influence the 24-year-old's thinking.

We know that because it's the same every time," said Koeman, when asked if he believes rival clubs have attempted to make their interest in Wanyama known through unofficial means.

"They talk about players from Southampton because we have some good players and there is always interest in players.

"And the ambition of players is about playing Champions League.

"That means in January nobody will leave Southampton."

Southampton's season has descended into a dogfight after five defeats and a draw in their last six matches in all competitions.

Former Holland full-back Koeman conceded he must reverse Saints' fortunes quickly to safeguard his long-term future at the club.

The 52-year-old insisted he does not fear the sack however, even though he knows that would eventually be the consequence of continued poor form.

"It's all about results," said Koeman, ahead of Saints' home Boxing Day clash with Arsenal.

"Every manager is under pressure.

"If you sack (former Chelsea boss Jose) Mourinho, if you sack (Garry) Monk from Swansea - then we know.

"It's all about the philosophy of the club, the chairman, and the board.

"It's still quiet in Southampton but maybe in one month it can be different.

"We know if you are a long time in football what can happen and I'm not worried about that.

"I do my job, I do my best for the club and do what I have to do, and nothing else.

"I am of course worried, because it's a bad run."