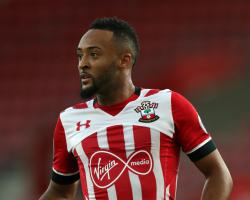 Redmond, 22, was a winger at previous club Norwich but is expected to start the Saints' opening game of the season at home to Watford on Saturday as a striker.

Henry, who worked with Puel during his time at Monaco earlier in his career, was moved from out wide to a central role by Arsene Wenger after joining the Gunners and went on to score 228 goals in two spells for the north London club.

Puel said: "It is two men with the same possibilities, quick, a good ability in the technical and the run also.

"I see similarities between the two with this ability to shoot with the right foot and to curl the ball.

"He (Redmond) has this particularly, and he feels too the play and he can make a combination with his partner and can dribble also and make the difference for me.

"It's important I think to put this player on the better position for him and we will see in the future in the games he can play in this position with good talent."

Southampton start their Premier League campaign against Watford at St Mary's but Puel would not be drawn into a prediction about where his team would finish the season.

Saints qualified for the group stages of the Europa League for the first time in the club's history after finishing sixth last season and Puel believes the added number of games will be hard for the squad.

He said: "I don't know where we are going to finish.

"This team is used to good results and they have a good spirit.

"We have a lot of games (to play this season).

"It is a little new for these players and they have to learn how to keep the balance."