Wolves secured their first win in six games with a stunning comeback away at an in-form Southampton side on Saturday afternoon.

Wolves started the better of the two sides but Southampton still took the lead after the visitors failed to clear from a corner. Polish defender Jan Bednarek was left free at the back post and tucked home from a sweet free-kick from James Ward-Prowse. ​Southampton came into this game on a string of results that had seen them rise away from the relegation zone and into safety. ​They will not want to watch their second-half performance back. The Saints completely collapsed - and their fans will be hoping that this end to their good form won't be an indication of what will happen in the coming weeks.

If this was a review of just the second half, then Southampton wouldn't have a star player. However, Shane Long was their best player today and topped it off with a goal. His classy header following some good work from Cédric down the right was the type that you wouldn't expect from a striker that hadn't scored in 19 Premier League games.

Great stuff: Shane Long scores for Southampton, a day after his role in the team was hailed by his manager. Worthy of a place in the Irish squad on form.

Wolves have had a torrid start to 2020 and are without a win in five games in all competitions including no wins in their last three ​Premier League games. ​ 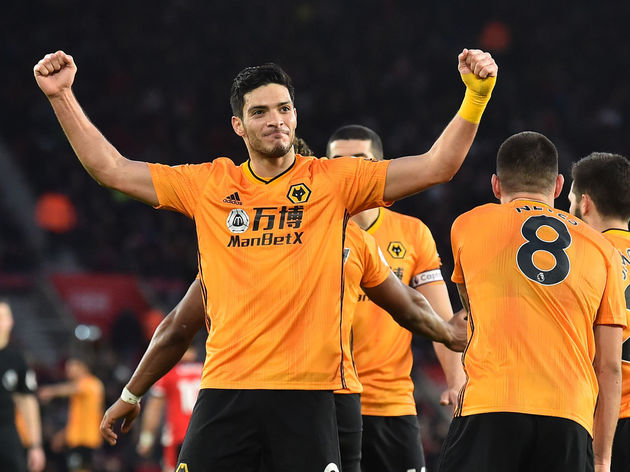 But, this is just the result they needed to revive their season. Nuno Espirito Santo would've kicked them into gear during his half time talk. They looked like a completely different side in the second half.

If they are to continue this type of form and can take these three points forward with them then they can easily push for the top seven.

Many have been singing the praises of Adama Traore after some impressive performances for Wolves this season. And this one might be the best one yet. He completely ran the show in the second half and provided two superb assists for the first and third goals. His pace and power was a constant menace for Southampton and were simply unable to deal with it.

Wolves' front three, in general, were impossible to contain and showed their ability in this comeback win for Nuno's side.

Southampton travel to London to face Crystal Palace in the Premier League on Tuesday night going in search of a reaction following this collapse.