Bournemouth went ahead in the tenth minute, as Nathan Ake stole a yard on Oriol Romeu and a leap on Kevin Danso to head home from a corner - the Cherries' fifth set piece goal of the season.

As the Saints struggled to deal with Bournemouth's attacking quartet, Ralph Hasenhuttl switched to a back three and minutes later the Cherries doubled their lead.

OUR FIRST EVER WIN AT ST MARY'S ✅ pic.twitter.com/iZDDXAXXKH

​This was the first of two South Coast derbies in five days for Southampton, and if the Saints play like they did in the first half on Tuesday night, Portsmouth will be confident of progressing in the Carabao Cup.

Part of the first-half problem was the defence, with Kevin Danso uncomfortable at right-back and Cedric Soares farmed out to an unfamiliar role on the left. Josh King bullied Danso and Ryan Bertrand replaced the Austrian at half time - square pegs were no longer in round holes.

Kevin Danso is not a full back. He knows it. Ralph knows it. Bournemouth's attack know it. https://t.co/8wfwlCvPD1

The Saints were instantly improved and so was their delivery from wide areas. Looking more comfortable with the defence sat behind them, the likes of Ward-Prowse and Nathan Redmond began to run the show, especially once they'd pulled one back.

The problem was that they'd given Bournemouth a lead to protect and they did so resolutely, preventing Southampton from making their dominance count. Hasenhuttl has to shoulder a lot of the blame for this defeat, as it was hardly the game to experiment.

The fans made their thoughts loud and clear, booing the team off at the interval and the full-time whistle.

STAR MAN
​
​With Kevin Danso a bag of nerves behind him in the first half, James Ward-Prowse spent a lot of time minding him on the right touchline - he put in a good shift too! But it was he began to play more centrally in the second half that his quality was there to see.

Ward-Prowse is having an absolute madness of a half - been at the centre of everything that Southampton have done good at this half including the penalty! (1-2)#SOUBOU #PremierLeague

​He penalty was as cool as you like and he will be rue the fact that some of his better opportunities sailed over the bar. There were a few well-time blocks that thwarted him too.
​
​The amount of chances that fell to him highlights his fantastic knack for timing runs into the box and if he can get his open-play finishing to anywhere near his level from set pieces he could well be among Southampton's top scorers in 2019/20.

​The Cherries have been like Forrest Gump's box of chocolates this season, you never know which Bournemouth you're going to get!

They failed to register a shot on target in the first hour of the Sheffield United stalemate before rattling Villa with two goals in the opening 12 minutes of their away win. Then defended naively with a high line against Leicester before a well-organised victory over Everton. 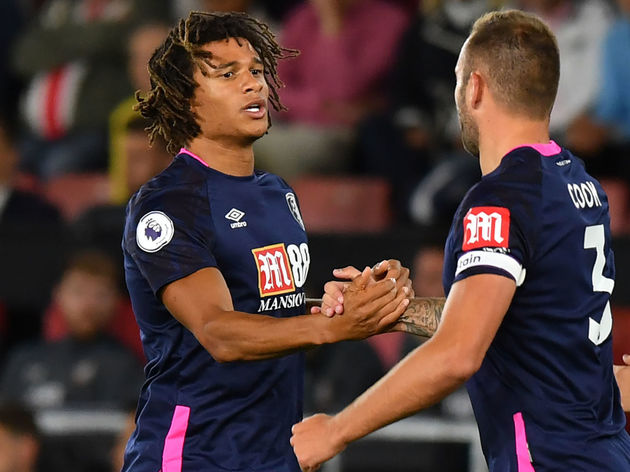 So which version turned up at St. Mary's? It certainly wasn't one that could keep a clean sheet! They continued their record of conceding in every game when James Ward-Prowse's penalty hit the back of the net.

But their defending from open play will give them plenty of confidence that they can end that run sooner than later. Aaron Ramsdale is starting to look like the reliable goalkeeper they've been missing, while Jack Stacey is showing plenty of promise.

​​STAR MAN
​
​Just like his compatriot Virgil van Dijk, Nathan Ake is a powerhouse in both boxes. Despite eight of his 11 Premier League goals coming from corners, Southampton still couldn't find an answer to his aerial prowess when he gave Bournemouth the lead.

8 - Eight of Nathan Aké's 11 Premier League goals have been scored from corners, including seven of his last eight in the competition. Specialist. pic.twitter.com/0uzkQyXcqo

​
​At time it was like they were playing with a piece of string tied between them, such was their positioning and proximity to each other. His performance was summed up by Danny Ings' stoppage time chance, as he failed to wriggle free from Ake, who read the situation to perfection.

Once the Carabao Cup tie at Portsmouth is done and dusted, the Saints following five league opponents include Tottenham, Chelsea and Manchester City in what could be a tough run.

Bournemouth face their own potential cup banana skin as they visit last season's semi finalists Burton, before a London double-header against West Ham and Arsenal in the Premier League.