Southampton ensured Sheffield United rued missed opportunities as they came away from Bramall Lane with all three points on Saturday afternoon.

A piece of individual brilliance from Moussa Djenepo after 66 minutes was enough to split the two sides as Sheffield United's Billy Sharp saw red late on in an enthralling encounter.

Che Adams had earlier hit the post for the away side and also forced Dean Henderson into a smart diving save from a downward header. However, it will be David McGoldrick who'll be really questioning how he didn't get on the scoresheet.

Despite the Blades pushing all the way until the final whistle, a determined Southampton side were able to keep them at bay.

Check out our breakdown of the game below.

Chris Wilder will be feeling hard done by after his side missed plenty of good opportunities. The Blades dominated a highly entertaining first half and they should've gone ahead after Ollie McBurnie played in McGoldrick one-on-one with Gunn, but the England Under-21 international made a smart save with his legs. McBurnie then thought he'd put the home side in front himself, but was denied by VAR after John Egan, who didn't touch the ball but made an attempt to, was adjudged to have been offside from an Oliver Norwood free-kick.

McGoldrick then had a couple of good chances later on in the game along with John Fleck, who was impressive on his return, but it wasn't to be for the newly-promoted side.

STAR MAN - Despite the Blades dominating the opening period, they could've also been a couple down. First, Henderson made a stunning save from Che Adams' header low down to his right and then denied the striker with a strong save early on in the second half. 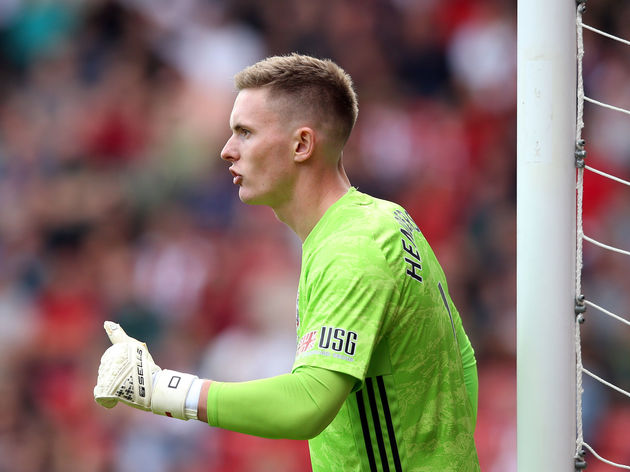 The England Under-21 international could've done very little about the Djenepo goal.

Credit has to go to Ralph Hassenhuttl here. The Saints boss adjusted at half time to bring Cedric across to left wing-back to allow Djenepo and Boufal more freedom going forward; a move that certainly paid off.

In the opening 45 minutes, Jannik Vestergaard and Moussa Djenepo struggled to deal with the surging Sam Baldock down Sheffield United's Boufal's and Djenepo's influence on the game increased ten-fold in the early stages of the second half, both having mazy runs before Djenepo's sublime finish.

Despite the win, Vestergaard's woeful display has to be concerning for Hassenhuttl.

STAR MAN - The defensive-minded midfielder Romeu put in an effortless display at Bramall Lane. Romeu, who had little influence in the first half, grew into it as the game wore on. He was constantly available to get on the ball and he retained possession superbly.

He and Hojbjerg did a good job protecting a Saints backline that didn't look at its best.

A trip to Goodison Park is up next for Chris Wilder, who will now be without Billy Sharp after his dismissal, whilst Southampton host Bournemouth on Friday.