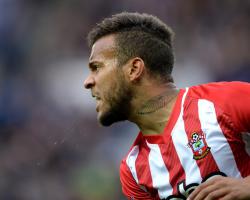 The left-back, who underwent knee surgery in June, completed 45 minutes for Southampton's Under-21 team against Reading on Monday and is in contention to continue gaining match fitness ahead of a likely Premier League return against Swansea on Saturday.

His timing could also prove ideal from England manager Roy Hodgson's perspective, given fellow left-backs Luke Shaw and Leighton Baines - the former, once of Southampton, having broken his leg - are out injured.

"He's been out for a long time and it's also difficult because he was out from May and that means no pre-season and a pre-season for a player is a very important part of the season," manager Ronald Koeman told Southampton's official club website.

That was good that he got 45 minutes on Monday and he will be part of the squad this Wednesday."

Despite the positive news of Bertrand's potential return, Koeman may be without striker Graziano Pelle, who will undergo a late fitness test on Wednesday morning having sustained a foot injury in Sunday's 3-2 home league defeat by Manchester United, and remains without injured summer signing Jordy Clasie.

"Most of the players are good physically," Koeman added

We have to wait for the reaction from (Tuesday) and that decision we will make on Wednesday morning.

"(Clasie) was the first time part of the training session with the whole team.

"He's not ready to play or to be on the bench for MK Dons, and for the weekend we will have to wait."