The summer of 2014 was a busy time... for Southampton officials at least.

Within a few months, half of their first team had been sold off to Liverpool. At least, that's what it seemed like.

And many predicted that losing stars like Adam Lallana, as well as Luke Shaw to Manchester United, indicated a downturn for the club's fortunes. After all, who had heard of their new star signing ​Sadio Mané?

Yet by the end of the season, everyone had heard of the then 22-year old-winger, as he helped the Saints finish seventh in the 2014/15 season. The following summer, he was joined by Virgil van Dijk, who joined from Celtic for £13m.

As we all know, the pair shone brightly and the rest is history. But it's fair to say that Van Dijk was the last great signing that the south coast club have made.

Moreover, it increasingly feels that the 2015/16 season was the last campaign before the club lost its identity - as the team willing to sign and give young(ish) talent a chance to thrive and develop, before moving them on for big fees. All while continuing to play entertaining football.

Should football clubs look at adopting a similar model to Southampton fc in relation to philosophy, recruitment policy and youth development

​​Maybe the 2014 departure of Paul Mitchell then Head of Recruitment at Southampton was the first warning sign.

Mitchell was credited with bringing in the likes of ​Mané and Dušan Tadić to the club, before joining ​Tottenham to work with former manager Mauricio Pochettino.

Still, all seemed calm when Claude Puel was appointed in the summer of 2016. After all, wasn't he meant to continue the trend of attacking football at St Mary's?

Well, he didn't. He was sacked after just one year at the helm.

With hindsight, maybe Saints fans should have given him another year, given the team finished eighth and reached a cup final under the Frenchman. But should he have been appointed at all in the first place? 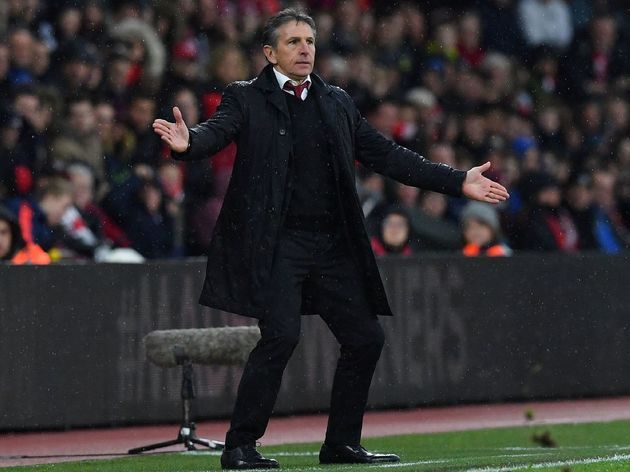 It feels as if Puel was the wrong appointment for what the Saints wanted in a manager back then. Maybe Southampton's officials didn't look closely enough into the 2013/14 Ligue 1 season, where his Nice side scored the fewest goals of all teams that season.

His management of the £17m signing Sofiane Boufal was strange too - the winger only made ten league starts for the club that season. Granted, the 23-year-old did suffer from multiple injuries but considering he was signed to help replace the recently departed-​Mané, it's a surprise that he wasn't afforded much game time to help him adapt to English football.

But probably most symbolic of Puel's tenure was the signing of Manolo Gabbiadini in January. Before the move, he hadn't scored more than ten league goals in a season. Yet suddenly, he was headed for ​Southampton, billed as the goalscoring hero who would somehow fix their attacking woes. Yet Gabbiadini's signing seemed to mark a shift in the Saints' recruitment policy. No longer were they the team who made signings for the long-term, with the patience to develop them into becoming better players. Nope, this was the first of many panic-buys, with the club looking for him to deliver immediately and hoping Puel could get him firing right away.

But Puel was soon gone, and the appointment of Mauricio Pellegrino was even more baffling. His sole season at Alavés wasn't spectacular at all, and the decision to sell Jay Rodriguez, a capable goal-scorer, was confusing considering Southampton were struggling for goals.

And like the Gabbiadini move, the £20m signing of Guido Carrillo in January couldn't save Pellegrino, with director of football Les Reed again emphasising how the striker would help the club during the current campaign. Once again, a panic-buy for the short-term.

Remember when £20m actually got you a difference maker? Southampton just paid that for Guido Carrillo - Monaco's inconsistent, lumbering striker who has started SEVEN games in the last two seasons.

Even hiring Mark Hughes was a panic move, that never looked like it would last long.

All of their big-money short-term signings have been a disaster for ​Southampton. Almost all of them - Gabbiadini and Carrillo included - are now out on loan or were sold for a loss, which says a lot about the club's shambolic recruitment.

Maybe it was poor because of the recent changes in the club's hierarchy. Certainly, the off-field departures of executives like Reed haven't helped.

But don't worry, Saints fans. Your current manager can help reverse those wasted years, given the time. Ralph Hasenhüttl's experiences at RB Leipzig make him the ideal man to overhaul the club's recruitment strategy. With many of Die Roten Bullen's squad brought in while he was in charge, the Austrian certainly has shown he can bring in and nurture talented youngsters to become great players.

And the signings made last summer were a step in the right direction. Moussa Djenepo has already shown flashes of what he could become. And if afforded time to develop, Ché Adams could still become a great striker. Both are young enough that they will definitely improve further.

Maybe even Boufal will come good under the 52-year-old's coaching.

SUBSTITUTION SAINTS - Boufal for Stuart Armstrong. Hasenhuttl had a chat with Boufal before the change, giving him a nod and a thumbs up. Good turn around from a player who wasn't in his managers plans at the start of pre season.

With more time under his guidance, this Southampton team could become an exciting, high-pressing team just as they were a few years ago. And while it won't be instant, Hasenhüttl's long-term plans will move the club forward - closer to being that 'model club' once again.