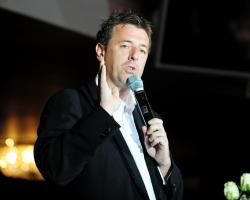 Speaking on the day the Football Association widened its inquiry into historic sexual abuse in the game, the former England international said what he witnessed was "disgusting".

Although the BBC reported that Le Tissier said he himself was not a victim of abuse, the ex-England international added that what went on was "very, very wrong".

Le Tissier spoke after former Premier League manager Harry Redknapp said he was "amazed" a youth coach at his old club Southampton, who was accused of abuse, continued working in football.

In 1989, the Football League wrote to clubs saying that if they were considering working with the Bob Higgins Soccer Academy they should "give this office the opportunity of appraising them of the situation before taking steps in this direction".

Bob Higgins, who was acquitted of sexual abuse offences in 1992 and has always denied the allegations, left Southampton in the same year the letter was written.

And in 1997, police and social services sent a joint letter to schools and youth groups about Mr Higgins, the BBC has reported.

But he continued to work in football after leaving Southampton, with clubs including Peterborough United and most recently non-league Fleet Town, where the club said he worked on an "informal unpaid basis".

Mr Redknapp told the BBC he had watched a television programme in the 1990s in which a Southampton player spoke about Mr Higgins, adding: "I thought that would be the end of him, but then I suddenly I see his name pop up yesterday, and I'm just amazed that he's still been involved in football ever since that day."

He said Mr Higgins had been a "leading" figure in youth development at Southampton and had signed future top players.

Speaking of his experiences, Le Tissier said: "Everyone was kind of naked, got thrown on this bed

It was a very, very quick massage

It wasn't something I was ever used to, growing up.

I remember feeling very uncomfortable at the time.

"It's very, very wrong for a start

You look back and think it was wrong but as a young boy I saw everybody else doing it and thought, 'Is this normal?'

Looking back, it's disgusting

What went on is not normal behaviour.

"When you hear the stories of naked soapy massages, hairy bum competitions..

Asked what he wanted to happen now, Le Tissier, who spent his entire career with the Saints, added: "I think the bravery of the boys that have come out would encourage everyone else that experienced those kinds of things, and the people who were the perpetrators of these of things get brought to justice.

"It's a long time ago

It's just incredible that they were able to get away with it for so long."

Southampton said last week that the club had contacted police after receiving information relating to historical child abuse, adding that they were "committed to working together" with the police to investigate the allegations.