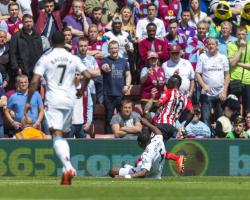 Mane completed his hat-trick in two minutes and 56 seconds as the Saints made a sensational start against Tim Sherwood's side at St Mary's Stadium.