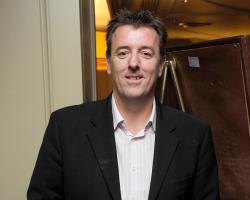 Former Saints star Le Tissier has often not approved of Cortese's handling of the club following his arrival in the summer of 2009 as executive chairman.

Yet given Southampton's rise from League One into the upper echelons of the Barclays Premier League with Cortese's hand on the tiller, Le Tissier at least now acknowledges the Italian's role.

"We've had some fabulous times over the years, and he has definitely played a role in that, without a shadow of a doubt. I'd be the first person to admit that," said Le Tissier on Sky Soccer Saturday.

"If it was a star player leaving then I think it would be a problem, or if the owner decided to sell the club then that would be a bigger impact, so I'm not quite sure what all the fuss has been about."

Italian Cortese, appointed after being instrumental in German-born Swiss businessman Markus Liebherr's purchase of the club in early 2009, reputedly did not suffer fools gladly.

Although no official reason has surfaced with regard to his exit, it is understood he was unwilling to accept a slight dilution of his powers proposed to him by Katharina Liebherr, who took over as owner after her father's death in 2010.

Hinting at problems off the pitch, Le Tissier added: "It's been well documented there are other areas he could have done a lot better in.

"He has split the fan base. He is a bit like Marmite - you either loved or hated him.

"I can understand why people in the crowd who only take note of what happens on a Saturday would think he was the greatest thing that has ever happened to the club.

"But there are also areas of the club that haven't been particularly great behind the scenes, and there are ways he could have gone about things a lot better than he did.

"You look at the turnover of staff - backroom staff, club staff - after he took over, which might give you a little clue as to how things were run behind the scenes."

Le Tissier has revealed his greatest concern is Liebherr will sell the club, and offered up one potential scenario.

"There has been talk he (Cortese) has left to go and find people to fund the money to buy the club and get himself back in," he added.