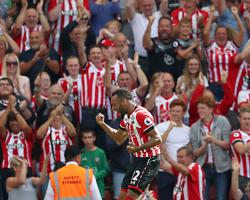 Here, Press Association Sport looks at five debutants who impressed on the opening day of the Premier League season.

Lashed home a low volley after Heurelho Gomes' poor punch to give Saints a 1-1 draw against Watford.

Linked well with Stewart Downing in the 1-1 draw with Stoke and offered newly-promoted Boro a real physical presence.

Produced brilliant late stop to deny Lamela adding another and suggested Everton have found the right man to replace the long-serving Tim Howard.

Despite the champions' shock 2-1 defeat, the Nigerian's partnership with Vardy promises to be an exciting one for Leicester.

But he will be more of a threat when his match fitness improves and Gylfi Siugurdsson is reintroduced into the starting line-up after his post-Euro 2016 break.