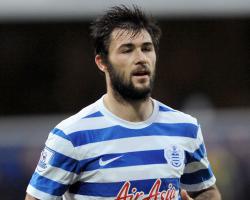 Austin had not played for Rangers since mid-December due to a hamstring injury but was back in training prior to his switch to St Mary's.

And Saints boss Ronald Koeman says the former Swindon and Burnley forward, who scored 18 goals in the Barclays Premier League last season, is fit and ready to play at Old Trafford.

"I was a little worried because Charlie had a hamstring injury before we signed him, but he had all the medical tests and took part in all the training sessions this week," said the Dutchman.

I wasn't expecting it so quickly but it's nice to be surprised.

"He will be in the squad this weekend."

Koeman has backed Austin to recapture the form he showed with Rangers in the top flight and possibly regain his place in the England squad.

"He's very hungry, he wants to play at the highest level," added Koeman

"He wants to develop, he's still only 26, and he'd like to get back in the national team.

"People come to Southampton knowing they can get involved in national teams - Jose Fonte and Graziano Pelle got in theirs aged 29.

"It's interesting for players to come to Southampton, they know they will improve and develop.

He's at a fantastic age to make a new start and he gives us competition at the front of our team."

Koeman also reiterated his stance that Austin's arrival does not signal the departure of one of Pelle, Shane Long or Sadio Mane, who have been linked with moves away this month.

"We brought one player in but nobody will go out," he said

"I'll keep saying that until January 31."