​Following steady progress in the Premier League at the start of the 21st century, Southampton fans swiftly endured the unthinkable.

A wretched 2004/05 campaign saw the Saints demoted to the Championship and after three rather uninspiring seasons in the second tier, those of a red and white persuasion on the south coast were forced to watch their side slug it out in the murky waters of League One.

Just five years prior, Gordon Strachan had taken his side to the heights of European football. Nevertheless, the arrival of a towering Liverpudlian in 2009 helped overturn the Saints' fortunes and in a blink of an eye, they were back in the top-flight, where they've remained since – just.

And throughout that rollercoaster of a journey, and a little bit before, there's bound to have been some clutch performers, right?

While this magnificent seven might not have mirrored Michael Jordan or Tom Brady levels of greatness, they nonetheless provided the Saints faithful with some pretty special moments over the years. 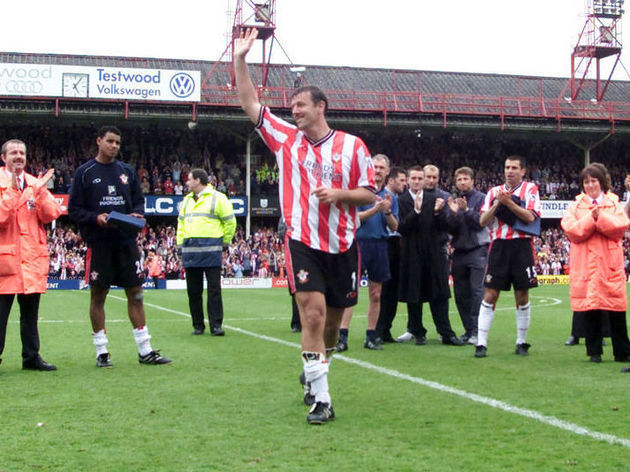 We start with arguably the club's finest: Matt Le Tissier.

Joining the club as a 16-year-old, 'Le Tiss' would go on to be the Saints' saving grace throughout the '90s as they consistently flirted with relegation. Amid persistent interest from some of England's finest, the Guernsey-born midfielder remained loyal, eventually finishing his career as a one-club man.

Well, unless you count a two-year spell at Eastleigh and an appearance on ITV's 'Harry's Heroes'.

In a 161-goal career packed with cheeky dinks, wonder strikes and a huge set of cojones from 12-yards, Le Tiss' most clutch moment was a rather unique but fitting one...

Most Clutch Moment: Scoring the last competitive goal at The Dell with a sweet left-footed half-volley against Arsenal Underwhelming spells at Everton, Sheffield United and Stoke later on in his career mean that Generation Z never quite appreciated the goalscoring talent of James Beattie.

Following his switch from Blackburn in 1998, Beattie would go on to establish himself as one of the Premier League's deadliest forwards - leading Southampton's scoring charts in three seasons - while his Football League journeyman Rickie Lambert arrived at a sharply declining Saints side in 2009 following the club's slump into the third tier. The effect he had on the Saints squad, however, was profound.

A 30-goal campaign in his debut season saw him earn the division's Player of the Year award before his 21 strikes steered Southampton back into the Championship the following season. Fortunately, Lambert took to the second tier as Patrick Mahomes has to the NFL, finishing with 27 league goals as the Saints earned back-to-back promotions.

The striker was no Football League merchant, though, God no. In his side's return to the top-flight, he ended the campaign as their top scorer (15) before he eventually became an England international and earned a move to Liverpool

Overall, Lambert was a key cog in the altering the club's modern history for the better.

Most Clutch Moment: Bagging a poacher's hat-trick to guide the Saints to a 3-2 win over Nottingham Forest in their 2011/12 Championship campaign. Lambert's headed winner came just eight minutes from time. An elite podcaster, fantastic tweeter, questionable dancer and a pretty decent pundit - when his voice allows him to be - 'Crouchy' is the man. But before all that he was trying his best to save Harry Redknapp's bacon on the south coast.

Crouch became the focal point of the Saints attack in his sole season at the club (2004/05) following the departure of James Beattie and although his efforts were all in vain in the end, the toned striker did nonetheless provide the St. Mary faithful with a little bit of hope amid a rather torrid campaign.

Most Clutch Moment: Scoring twice to help the Saints to a 3-1 win away at Middlesbrough in March 2005. It was their first away win of the campaign and the victory lifted them out of the relegation zone. The intelligent and technically proficient Lallana would go onto play a pivotal role as Mauricio Pochettino's creative mind in what was a dynamic Southampton side that took the Premier League by storm in 2013/14.

Following his PFA Team of the Year-worthy campaign that season, Lallana, like the 38492 others, made the switch to Anfield the following summer.

Most Clutch Moment: Putting in an imperious display in the Saints' 4-1 victory over Carlise in the Johnstone's Paint Trophy final back in 2010 - scoring their second. Before establishing himself as one of the game's most feared wingers, Sadio Mane was widely labelled a '£30m fraud' following his 2016 switch from Southampton

Nevertheless, Mane proved to be a clutch performer during his two-year spell at St. Mary's - scoring consecutive late winners against QPR and Crystal Palace during the back end of the 2014/15 campaign before blitzing his way to the league's fastest ever hat-trick against Aston Villa in May that season.

By the time he was done on the south coast, Mane had scored 21 times in 67 games for the Saints, foreshadowing his elite talent against the Reds in his second season at the club...

Most Clutch Moment: Helping Southampton overcome a 2-0 first-half deficit to Liverpool in March 2016, netting a second-half brace including an 86th-minute winner. The result proved key in securing European football that season. 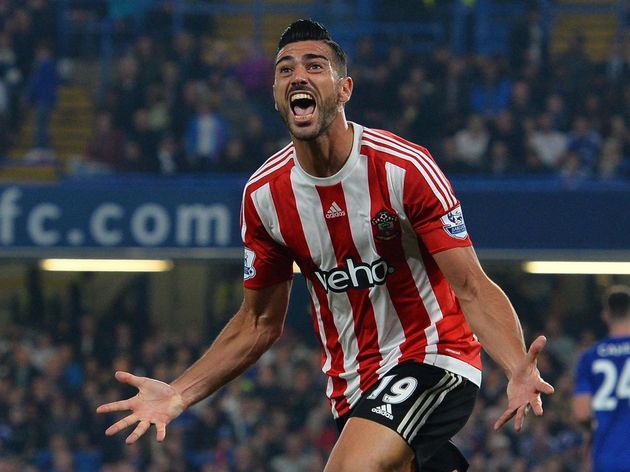 Former Feyenoord boss Ronald Koeman was desperate to reunite with target man Graziano Pelle at St. Mary's, and the Dutch legend made the 6'4 Italian his second signing of the 2014 summer - after Dusan Tadic.

Pelle made a blistering start to life in the Premier League, as he was awarded the league's Player of the Month award for September 2014 - scoring four times. The target man would go onto become Southampton's leading scorer that season with 16 strikes but somewhat struggled in his second season as Mane stole the show - only scoring on five occasions.

Eventually, the dollar signs came calling and he made the move to Shandong Luneng in China in July 2016 where he remarkably became the world's fifth-highest paid footballer.

Nevertheless, his two-year spell at the club will always be remembered for this moment...

Most Clutch Moment: An audacious, but perfectly executed overhead kick against QPR amid his Player of the Month triumph to earn the Saints a 2-1 victory.