The distinct lack of football is starting to make people realise just how important it is to their week - from frantically analysing lineups to heatedly discussing the match at work or school.

To fill the colossal void that exists in the lives of many football fans at the moment, let's have a look at a team who have endured a mixture of success in the last twenty years or so. 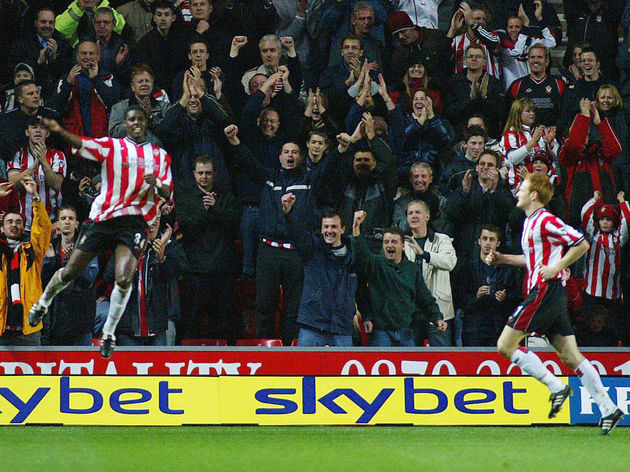 A year before Arsenal's incredible invincible run, they finished second, with one of their losses coming to the ​Saints in a shock five-goal thriller.

Dennis Bergkamp put the Gunners ahead with a fine first-time finish before James Beattie smashed one home from distance to equalise. A penalty by the Englishman put his side further ahead before Agustin Delgado added another from close range. A late goal from Robert Pires wasn't enough to prevent Southampton from enjoying a brilliant win under Gordon Strachan.

His side would go on to finish eighth in the campaign - the club's best-ever Premier League placing at the time. Southampton would also go on to face ​Arsenal in the FA Cup final that season, narrowly losing 1-0. In this fierce south coast derby, it was Southampton who triumphed over their rivals and claimed the bragging rights in their first-ever Premier League clash between the two sides.

It's a very rare occasion for a goal to come from a direct corner but that's exactly what happened when Jason Dodd whipped the ball into the net. Second-half goals from Marian Pahars and James Beattie completed a strong victory. After years of struggling in League One and the Championship, the Saints knew three points against Coventry would send them back to the Premier League after a seven-year absence.

A nervy start was soon settled by a Billy Sharp volley that put Nigel Adkins' side one goal ahead, quickly followed by a Jose Fonte header. The next 45 minutes also provided two goals - Jos Hoovield and Adam Lallana both bagging to ensure a 4-0 win.

The celebrations began at St Mary's, with special mention going to striker Rickie Lambert, who finished as the Championship Player of the Season and the league's top goalscorer - his third golden boot in four seasons. 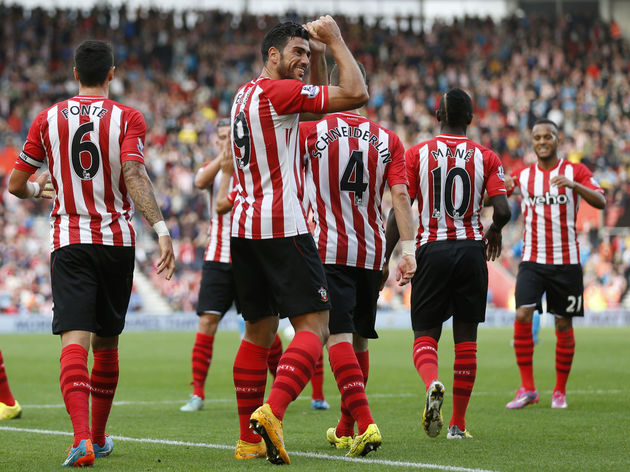 A historic day for the Saints as they completely and utterly demolished Sunderland in their largest ever Premier League win.

A double from Graziano Pelle as well as goals from Jack Cork, Dusan Tadic and Victor Wanyama all contributed to the scoreline. A spectacular half-volley by Black Cats defender Santiago Vergini had given the Saints the lead and he was generously joined in the own goals department by Patrick van Aanholt and Liam Bridcutt, too. ​Jurgen Klopp's ​Liverpool side were absolutely stunned as Southampton staged an incredible comeback to overturn a two-goal deficit.

Goals from Philippe Coutinho and Daniel Sturridge meant the Reds had a healthy lead at half-time. However, super-sub ​Sadio Mane fired one in on his left foot to help the Saints back into the game before Pelle curled one in to make it all-square. With stoppage-time fast approaching, Mane bagged another to send the stadium into euphoria completing a shock turnaround.

Ronald Koeman's side finished above Liverpool in sixth place, which is the club's best-ever placement in the Premier League to date. In a memorable European win for the Saints, they came from behind to grab three points against Italian side Inter in the Europa League group stage.

Argentine striker Mauro Icardi struck first after 30 minutes, but man-mountain Virgil van Dijk volleyed home to equalise. The deciding goal came through a Yuto Nagatomo howler, as the Japanese defender turned a left-wing cross into his own net past the unsuspecting Samir Handanovic. The EFL Cup semi-final second leg provided a special night for Southampton fans after winning the first leg against Liverpool 1-0.

Despite chances occurring on both sides, it was Irish striker Shane Long who sealed the tie. The stoppage-time winner was celebrated in front of the away fans and sent Claude Puel's side to only their second League Cup final at Wembley.