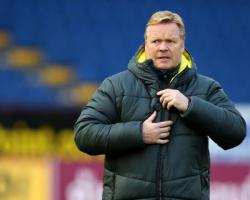 Southampton 3-0 Everton: Match Report - view commentary, squad, and statistics of the game as it happened.Three and easy for SaintsSouthampton brought their worst losing streak of the 21st century to a comprehensive end as they impressively dispatched of Everton.The astonishing start to life under Ronald Koeman recently came to a dramatic end, with Tuesday's embarrassing Capital One Cup exit to third-tier Sheffield United a fifth successive defeat in all competitions.That loss had repercussions far beyond denting confidence as suspension and injury problems mounted, yet Saints rallied to see off Everton 3-0 thanks to Romelu Lukaku's own goal and second-half efforts from Graziano Pelle and Maya Yoshida.It was Southampton's first win since November 8 and one which may have come earlier was it not for some poor officiating from Jon Moss.In truth, Lukaku's own goal went some way to saving the referee's blushes, having come from a corner inexplicably awarded when Phil Jagielka booted Shane Long rather than the ball.It meant Southampton's last three goals at home to Everton had been scored by the visitors - an unwanted statistic brought to an end in the second half when Pelle notched from close range.Things got better still for Saints when Yoshida bundled home a fine Steven Davis cross, as Everton slumped to a third consecutive away defeat in the Premier League.It was an impressive win for Saints given their lengthy list of absentees, which saw five inexperienced academy graduates being named amongst the substitutes and Harrison Reed handed his first Premier League start.It was an experience that did not appear to faze the 19-year-old, whose wonderful clipped ball put Long through on goal early on

The Ireland international looked set to get away a shot before being sent sprawling by Sylvain Distin, yet referee Moss waved play on despite the linesman flagging for a foul.The frustration inside St Mary's was audible and went up a notch when Nathaniel Clyne sent in a cross for Pelle, only for the unmarked Italy international to head over from close range.Toby Alderweireld was doing his best to keep Belgium team-mate Lukaku quiet at the other end and Reed was breaking up the play impressively, with Fraser Forster in the way when Ross Barkley found space to get away a fierce drive.Pelle saw a goal chalked off after Long was adjudged to have fouled Jagielka, before the fans rounded on referee Moss when Long was kicked by an unaware Jagielka

It was a clear penalty yet the official pointed for a corner.The supporters' anger was palpable but justice was done from the resulting set piece as James Ward-Prowse's cross was turned into his own net by Lukaku.It was a deserved lead Pelle attempted to extend, striking wide and then turning a Ryan Bertrand cross into the side-netting.A Samuel Eto'o block prevented a Ward-Prowse corner being glanced home early in the second half, although it was now Everton edging proceedings.Muhamed Besic struck wide and Eto'o an scuffed effort, while a Steven Naismith cross just evaded Jagielka as Saints sat deep and waited to counter.Tim Howard had to dart off his line to stop Long racing through in one such attack, before Saints' second goal arrived in the 65th minute.Clyne sent in an excellent cross to the back post, where Long knocked on the crosses and Pelle slotted home from close range.Howard could do not get in the way of the Italian's strike, but denied a Jose Fonte header soon after with a wonderful save.Everton pushed for a way back into the match and, after Barkley and Besic had efforts, Forster produced an outstanding save to stop Lukaku curling home from 25 yards.However, the deficit only grew further

Yoshida was the unlikely scorer, directing home a lovely Davis cross with his shoulder in the 82nd minute.Bertrand and Davis came close to adding extra gloss towards the end of a match which saw 20-year-old academy graduate Dominic Gape brought on for his debut, while Forster showed his class in stoppage time to once more thwart Lukaku