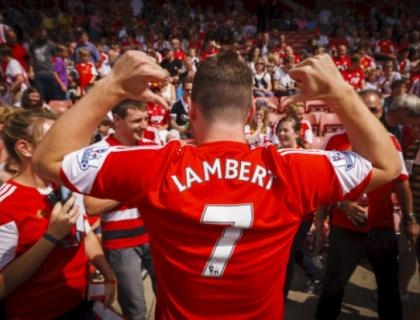 City pegged back by Osvaldo strike


As impressive as City have been since Manuel Pellegrini's arrival, they have shown a soft underbelly away from home, winning just two matches on the road - the latest of which came at West Brom on Wednesday.


It was a result they were unable to match on the south coast, where Osvaldo's wondrous goal earned Southampton a deserved, morale-boosting 1-1 draw.


Early on it had looked like City would win comfortably, with in-form Sergio Aguero turning home after just 10 minutes at St Mary's.


Aleksandar Kolarov came close to doubling that advantage almost immediately and Aguero wasted a gilt-edged chance midway through the first half - missed chances they were made to rue as Saints, missing seven players through injury, grew into the match.


Mauricio Pochettino's side were showing confidence that belied their run of three successive defeats and deservedly pulled level on the stroke of half-time through club record signing Osvaldo.


Showing amazing control and skill, the man that may well face England at next year's World Cup with Italy put Vincent Kompany on his backside, cut back past Pablo Zabaleta and sent an exquisite effort into the top corner.


Osvaldo missed two decent chances to add to that goal-of-the-month contender after fine work by Jay Rodriguez in a second half the hosts dominated, but they had to settle for a for a draw that continued City's struggles away from Manchester.


It was a result few would have predicted for injury-hit Saints after a dominant start by the visitors, who went ahead after just 10 minutes.


Samir Nasri played the ball down the left to Kolarov, whose low driven cross went through a crowd of players and was swept home impressively by Aguero.


It was the Argentinian's 11th goal in 10 top-flight appearances and gave City a lead they were inches away from doubling soon after, with Kolarov flicking a Nasri corner just wide of the far post.


Saints, though, were beginning to resemble the side that started the season so brightly, pressing high and maintaining possession, with Dejan Lovren heading wide and Jack Cork, making his first Premier League start of the season, testing Costel Pantilimon from 25 yards.


Aguero unusually turned over a fine cutback from Zabaleta when City voyaged forward again, but it was Southampton in the ascendancy.


Adam Lallana showed impressive control in the box before City got back to bundle behind for a corner, while only a last-ditch challenge prevented James Ward-Prowse turning a Luke Shaw cross goalwards.


Ward-Prowse tested Pantilimon from distance as Saints continued to push before Calum Chambers wasted a fantastic chance to put them level when meeting a Shaw cross at the backpost.


The teenage right-back somehow headed wide, but Pochettino's men were not to be denied a leveller for long as Osvaldo netted in style three minutes before half-time.


Latching on to a long ball forward, the Italian turned Kompany inside out on the left flank. Osvaldo left the City captain on his backside and continued to cut away from Zabaleta before curling an exquisite right-footed strike into the far corner.


It was no less than the home side deserved for their massively-improved display, although it merely seemed to gee City up when the teams re-emerged for the second half.


Third-choice goalkeeper Paulo Gazzaniga, starting again due to injuries to Artur Boruc and Kelvin Davis, did well to push an Aguero effort wide shortly after the restart before Yaya Toure fizzed a shot just wide of the Saints goal moments later.


Again, though, Southampton settled and Rodriguez was soon causing havoc.


The 24-year-old showed fantastic skill to jink through on goal, forcing Pantilimon into a save from which Osvaldo should have done much better with the rebound.


Playing in front of England assistant coach Ray Lewington, Rodriguez's pressure then forced Kompany into an uncharacteristic mistake, although Osvaldo could only fire wide.


Rodriguez headed a great Ward-Prowse corner just wide as Saints continued forward, but City were proving dangerous on the counter and Aguero came close to levelling with a left-footed drive across goal.


There was a worrying moment for Saints as the ever-impressive Lovren went down injured, yet the Croatia international somehow managed to battle on after treatment.


His centre-back partner Jose Fonte, who had been a doubt for the game, was just denied a header on goal by Kompany's fine defending before Kolarov sent a fierce effort into the side-netting.


That was the last moment of note for City, who yet again failed to impress on the road - hardly the best preparation for this week's trip to Champions League holders Bayern Munich.