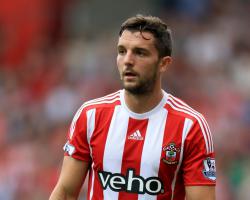 Liverpool were forced to settle for a goalless draw at Southampton on Saturday as they dominated the hosts without being able to find a breakthrough.

Jurgen Klopp's side remain top of the Premier League, ahead of Manchester City by virtue of scoring more goals, but could be replaced at the summit by Chelsea if the Blues can win at Middlesbrough on Sunday.

The visitors dominated large periods of the contest at St Mary's, as former Saints trio Dejan Lovren, Nathaniel Clyne and Sadio Mane all started for Liverpool.

Roberto Firmino was guilty of missing the best chance to wrap up the points for Liverpool to secure their spot at the top, while Charlie Austin headed wide for Southampton, who offered very little going forward.

Another former Southampton man, Adam Lallana, was missing after picking up an injury in England's draw with Spain on Tuesday night but it was Mane - who scored twice as Ronald Koeman's Saints came from two goals behind to win this fixture 3-2 last season - who had the best chance in the opening half an hour.

The Senegal international hit Georginio Wijnaldum's pass first time only to see Fraser Forster leap to his left and paw his shot away.

Coutinho, fresh from a stunning goal for Brazil, attempted one of his trademark strikes but could only scuff it wide before Virgil van Dijk did well to prevent Mane breaking through on goal.

The visitors were now on top, with Southampton only offering glimmers on the counter-attack, and Wijnaldum flashed a shot over from 25 yards on the stroke of half-time.

Mark Clattenburg had irked the home fans with a number of decisions in the first half but they were lucky the official did not award Liverpool a penalty right after the interval.

Can, making his 100th appearance for the Reds, lofted a ball over to Roberto Firmino, who had his shirt pulled by Van Dijk and went down, only for Clattenburg to turn away.

Saints skipper Jose Fonte did just enough to put off Coutinho moments later as the forward burst through but shanked a shot well wide as the Portugal international slid in.

Charlie Austin had arguably Southampton's best chance as he headed Cedric's cross wide under pressure from Clyne shortly after Joel Matip had been inches away from connecting with a free-kick to put Liverpool ahead.

Can dragged a shot wide from the edge of the box as Klopp became ever-more animated as he barked instructions from the touchline.

And the German's mood was not helped when Firmino was played in by Coutinho but could only shoot wide when clean-through as he attempted to finish with the outside of his boot.

Daniel Sturridge was introduced and almost provided an immediate impact as he dug out a cross to the back-post which Clyne headed wide.

Forster then kept out Firmino's curling effort as Liverpool failed to muster up a winning goal, although this draw means they remain unbeaten in the league since losing at Burnley in August.