Southampton's 10 Greatest Players of All Time

Southampton has been the home of quite a few exceptional footballers of the years. The first one that springs to literally everyone's mind is Matt Le Tissier​ and, yes, spoiler alert: he is on this list.

But alongside Le Tissier, there's a few other brilliant footballers on this list - nine to be exact. There is probably no better feeling than scoring a hat-trick on your full debut. After coming up through the youth squad Shearer scored three against Arsenal, beating the Gunners 4-2. Consequently, he became the youngest player in the first division to score a hat-trick - giving the football world a taste of what was to come.

Three years after entering the first team, he was voted ​Southampton's Player of the Year in 1991 and received an England call-up a year later - naturally scoring on his debut against France. Shearer bagged 43 goals in 158 appearances for the Saints before moving to Blackburn for a £3.6m fee - making him the most expensive player in British football at the time.

One of Southampton's first-ever foreign imports, Ivan Golac moved to England from Yugoslavia in 1978. He immediately became a favourite at the club and established himself at right-back for the next four years.

Golac played in the 1979 League Cup final, narrowly losing to Nottingham Forest 3-2 and his attacking and aggressive displays from defence saw him win their Player of the Year award in '81. He left the following year, played for three clubs and then returned in 1984 to help the Saints finish runners-up to ​Liverpool in the Football League. Rickie Lambert impressively scored all of his penalties for Southampton and his goal-scoring record overall is pretty good too - scoring 115 goals in 230 games for the Saints.

After joining from Bristol Rovers, the forward scored on his debut and became the club's top goalscorer that season bagging 36 goals in all competitions. He also was the highest scorer in English football's top four leagues for the second season in succession. After a successful five-year spell at St. Mary's Stadium, he secured a move away to Liverpool. Scorer one of the most significant goals in Saints history, Terry Paine bagged the goal in the 1-1 draw with Leyton Orient that got them promoted to the First Division in 1966. In the same year, he won the World Cup with England - playing one match against Mexico.

Paine played for Southampton 816 times - holding the record for the most appearances at Southampton, scoring 187 goals in that time - the fourth-most in the club's history. Paine was named Honorary President of Southampton in 2013.

 "Moran is coming in... and Southampton have snatched it!"#OnThisDay in 1984, Steve Moran wrote his name into #SaintsFC folklore with this last-gasp winner at #Pompey: pic.twitter.com/sfyzGjapij 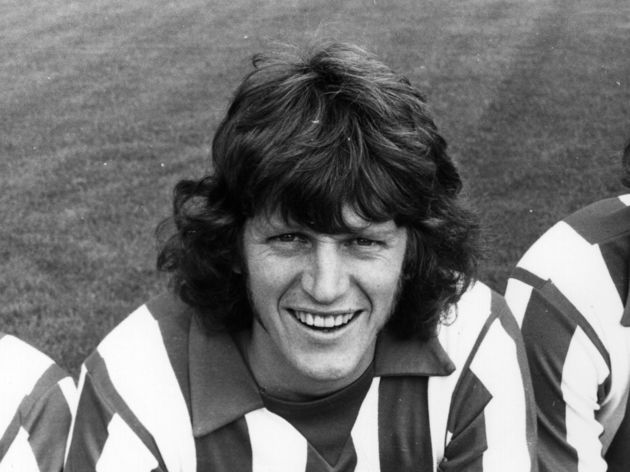 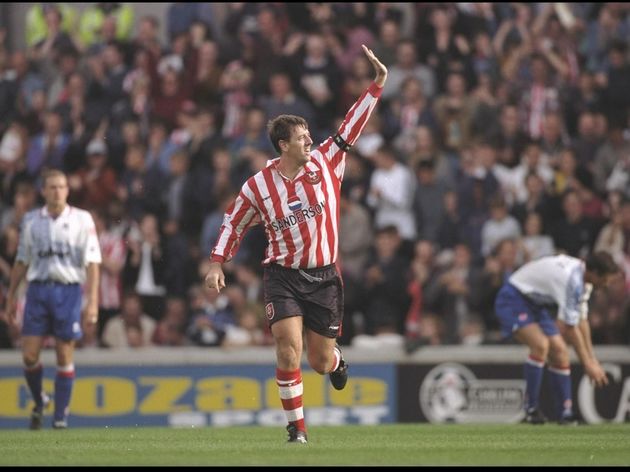 Nicknamed "Le God" Matt Le Tissier was a talented and loyal player. The Guernsey-born lad spent his entire professional club career at Southampton winning eight caps for England while he was there.

Le Tissier was the first midfielder to score 100 goals in the Premier League and scored an impressive total of 210 goals for the Saints. Many of his goals were extraordinary and they are just one of the many reasons why Saints fans are so affectionate of him to this very day.

Sir Matt Busby described Ron Davies as "the finest centre forward in Europe" in 1969 after Davies had just grabbed four against Busby's ​Manchester United side in a 4-1 win. The Saints had splashed a club record fee of £55,000 on the Welshman and it certainly paid dividends.

Davies ended the season with 37 goals in 41 games - which was more than any other player in the division. He would go on to score 131 league goals for Southampton until he left in 1973 for Portsmouth.


The late, great Alan Ball with the gorgeous finish as Southampton beat Man City 4-1 in 1980. Such beautiful kits too #saintsfc @SaintsRelated @talkSAINTS pic.twitter.com/3aCtBjy9ze

Peter Shilton holds the all-time record for the most competitive appearances in world football: 1,390. Furthermore, n

During his six years at Southampton, Shilton reached three semi-finals and came second in the top-flight division. Truly one of the greatest goalkeeper's of all time.