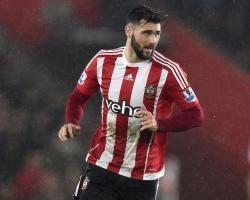 Former Liverpool and Real Madrid boss Benitez has since been drafted in for a last-ditch firefighting mission - but lose on the south coast this weekend and Newcastle would be on the brink of relegation.

Saints striker Austin knows all too well the pain of relegation after suffering the fate with QPR last term, but admitted he is far more concerned with helping Ronald Koeman's side chase Europa League qualification.

"Something's obviously not gone right there but we know they'll be fighting for their lives on Saturday," Austin told Southampton's official club website.

"So it's nice that we're still playing for something, still pushing, there's a big six games to go for us and we just concentrate on us and hopefully the result can take care of itself.

"Hopefully we can keep our home form going and get the three points."

Southampton boss Koeman believes his side will not need to better last year's final Premier League tally of 60 points to qualify for the Europa League.

The Dutch manager has challenged Saints to register more than three wins from their remaining six matches to secure European football, however.

Austin agrees with Koeman's assessment of that Europa League battle, and now hopes he can hit top form after shaking off a run of minor injuries to boost that cause.

"It's been frustrating just because of little niggly injuries, but hopefully I've shaken them off now, and can stay fit now until the end of the season," said Austin.

"My strength's up now and I just need to perform for the team between now and the end of the season.

"There are six games to go, we want to get into the Europa League places and that battle starts this weekend.

"We need to get as many points as we can, and hopefully we can get into the Europa League.

"It was a great second-half display against Liverpool and hopefully that will give us confidence at home again this weekend."