Southampton not in for Sneijder 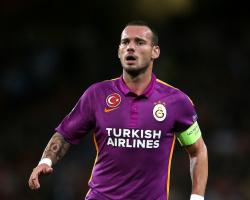 Reports have emerged that St Mary's could be his next stop after a career which has taken the Dutch playmaker to Ajax, Real Madrid, Inter Milan and Galatasaray

However, sources close to the situation have told Press Association Sport there is no chance Sneijder will be leaving Galatasaray for Southampton.

There has been no expression of interest from Saints but a move to the Premier League is not out of the question for the 30-year-old.

It is understood several English clubs are amongst those to have recently shown interest in Sneijder, who is under contract at Galatasaray for a further 18 months.

Manchester United have long been linked with the midfielder, who is also reportedly attracting interest from rivals Manchester City.