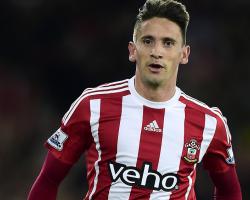 The 25-year-old midfielder, who cost Southampton ÃÂ£12million when he joined them from Italian side Bologna during the summer of 2012, is the club's second January signing following the capture of Spanish striker Kike Sola.

He is a really good player who knows the league and the country.

"He has international experience and has played in the World Cup

He is another good player for us

He is the kind of player who wants to join us and that shows he is committed to us.

"He has played in the Premier League and I think it is important to bring in players with this kind of experience."

Ramirez, who scored eight goals in 55 appearances for the Saints, will go into a squad which has faltered in recent weeks, losing its last two league games to slip from the summit of the Sky Bet Championship table.

However, Boro remain just a point behind leaders Hull with a game in hand and, more importantly, are four points clear of third-placed Burnley.