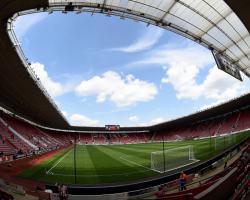 Frank de Boer is believed to be the favourite to take over at St Mary's but Eddie Howe, David Moyes, Manuel Pellegrini and Ryan Giggs and also in the running

A statement on Southampton's official website said: " The search has already begun for the right appointment who can take the club to the next level and build on our track record of recent success, which culminated in a sixth place finish in last season's Premier League, as well as qualification for the group stages of the Europa League

"Our focus now is to build on our long-term plan, and work with a new management team who share both the club's and our supporters' values and ambitions."