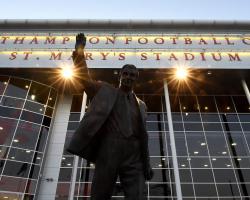 Southampton chief executive officer Gareth Rogers said: "There are lots of positives to take from these financial results

It shows the health of the club and the Group is strong and the foundations are there to be built on."

Southampton's debt now stands at approximately ÃÂ£50m, of which circa ÃÂ£19m is owed to Vibrac, ÃÂ£15m shareholder's loan and a further ÃÂ£15m secured on the shareholder's estate