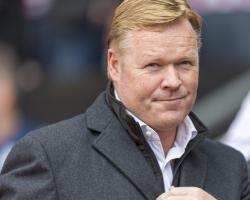 The Saints did not reveal the fee paid, but Soares has reportedly cost the club in the region of ÃÂ£3.6million.

Soares is confident the move will help develop his game.

"I joined this club because I believe we can do better and better every year," he told the club's official website

"Everyone knows that the Premier League is a very, very good league - and maybe the best one in the world - so for me it's a pleasure to be here, but even more of a pleasure to be in Southampton

"Southampton is a big, big club in England and is very respected

It's a club with a lot of history and, for me, it's very important to play for a big club

I think this is a very good move."

The arrival of another right-back will increase speculation regarding the future of Nathaniel Clyne, with the Saints yet to comment on the England defender's situation as he enters the final year of his contract with both Liverpool and Manchester United understood to be interested.

Executive director of football Les Reed believes the signing of Soares can only help bolster the squad for the challenges ahead.

While there was competition from other Premier League clubs we were confident we would prove to be an attractive option for such an ambitious player," Reed said.

"We have now signed two exciting talents early in the window and will continue in our pursuit of Premier League success and our European journey."