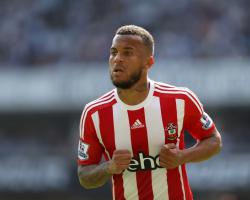 Bertrand, who has nine England caps and was in the Euro 2016 squad, made 34 appearances for Saints last season, helping them qualify for the Europa League

It's been a fantastic move for me since the day I came to this club and I look forward to many more successful years and really pushing forward.

I've really enjoyed the club, and the fans have been fantastic with me personally as well, so I couldn't think of any better place to play football and to keep on developing.

"The club is always thinking forward and I really want to be a part of that, and I am sure we can go on to achieve even better things."

The news represents a boost for Saints, who had to replace Ronald Koeman, now at Everton, with Claude Puel this summer.

The departures of Sadio Mane, Victor Wanyama and Graziano Pelle have been offset by the arrivals of Nathan Redmond from Norwich and Pierre-Emile Hojbjerg from Bayern Munich.

Southampton's executive director of football Les Reed said: "Signing our key players for the long-term is an indication that the squad believes there is more to come and they want to be part of the journey.

"I know Ryan really believes this, and with him as part of the driving force behind our team I am confident our future is bright.

"Our young players will have an opportunity under our new manager, Claude Puel, but they will also need, and benefit from, the guidance and mentoring from players like Ryan."