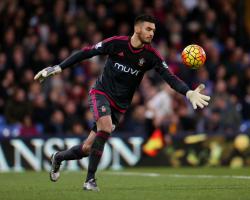 The 24-year-old joined Saints from Gillingham in 2012 and has made 23 appearances for the club.

Southampton's executive director of football Les Reed told the club's official site: "Paulo is a very popular player at the club and has developed steadily since his move from Gillingham, never letting us down when he has been called upon

Playing regularly for Rayo Vallecano will provide invaluable experience for him.

"Rayo Vallecano is a progressive club, who are making a serious challenge to return to LaLiga this coming season

Playing in Spain will also be valuable to Paulo in years to come when we hope he will be involved in regular European football.

"While Paulo has experienced junior football in his native Argentina and top-flight football in England, another culture and style will help him develop to his true potential."