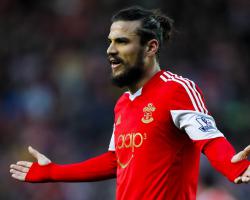 Osvaldo, who joined in the summer from Roma, has scored four times for Mauricio Pochettino's side - including the equaliser against Manchester City in December.

The 28-year-old will sit out the FA Cup fourth-round tie with Yeovil, as well as Barclays Premier League fixtures against Arsenal and Fulham.

The club released a statement on Thursday confirming the Italy international will not be involved in the coming fortnight. No details of the incident have been disclosed.

"The club has taken swift and proper action for what it considers a breach of the conduct expected of its players.

"Southampton will be making no further comment at this time."