No Saints interest in Austin 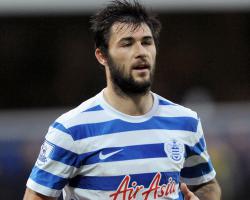 The 25-year-old is being strongly linked with a move from Loftus Road after impressing during an ultimately disappointing campaign for the west Londoners.

Austin netted 18 goals in his maiden Premier League season and the QPR striker is reportedly attracting interest from a number of clubs , including Newcastle, West Ham and Chelsea

Southampton have also been mentioned as a potential destination, but Press Association Sport understands he will not be moving to St Mary's this summer.

Contrary to reports, Saints have not made a bid for Austin and they do not have any interest in the striker whose form recently led to a first England call-up.

It is understood Ronald Koeman is not actively looking for a striker right now, with the Southampton manager's priorities lying elsewhere.

Southampton have already made two signings this summer, bringing in Spain international Juanmi from Malaga and Sporting Lisbon right-back Cedric.