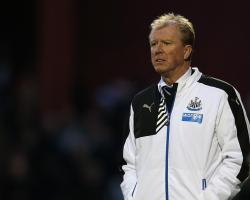 The Magpies boss has acknowledged Ronald Koeman's men will travel north well-prepared for the season opener after easing past Dutch side Vitesse in their latest qualifying round on Thursday.

But McClaren is less convinced by the long-term implications of such a busy early-season schedule once the full effects of the Premier League campaign kick in.

McClaren said: "Southampton had a good season last season and they got into Europe but I think that will hinder them as the season goes on.

"But does it at the beginning? I don't think so, because they have started their competitive games earlier and they have got into that rhythm."

McClaren knows enough about his opposite number Koeman from his time in Holland not to under-estimate the threat posed by Saints despite their loss of key players Nathaniel Clyne and Morgan Schneiderlin.

Southampton recovered impressively from a wholesale exodus of first-team players at the start of last season.

And McClaren added: "Of course they can do it again - they have lost a few players this summer but they have brought some more in.

He came to Southampton when they were losing key players and everyone was thinking it was all going to crumble, and he came in and adapted quickly.

"I think they were the surprise team of last year, not so much in where they finished but in the way they played the game, so there is no doubt we have got a tough start."

McClaren must decide whether to risk new boys Aleksandar Mitrovic and Chancel Mbemba who are short on match-fitness, while captain Fabricio Coloccini is struggling to recover from an Achilles knock.