Long- People dont have a clue 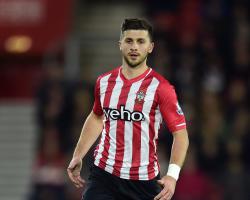 An unparalleled talent drain in the summer led to predictions of doom and gloom around St Mary's, only for Ronald Koeman's new-look side to enjoy the club's best-ever top-flight start.

Talk of a title challenge and Champions League qualification soon followed, only for the narrative to quickly change as Saints' season began to go awry.

The embarrassing midweek Capital One Cup exit at Sheffield United made it five successive defeats in all competitions, so Saturday's 3-0 victory against Everton was a timely shot in the arm.

The comprehensive win ended Saints' worst losing streak of the 21st century in some style and Long believes highlighted the ludicrous nature of suggestions the bubble had burst at St Mary's.

"I think lots of people don't have a clue what they are talking about, saying stuff like that," the Republic of Ireland forward told Press Association Sport.

"I think if you'd come to watch us and seen the games, you would be happy with the performances.

"You'd be disappointed with the results, like we were, but we knew that if we kept doing the right things that things would turn our way and we'd get that rub of the green and take our chances when they come.

"That was the case against Everton

I think after the first goal, we kind of played a bit more freely and caused them a lot of problems.

"To come up with two more to see the game out and keep the clean sheet, it was a positive day all round."

Long said the players decided to "win at all costs" against Everton after the humbling at Bramall Lane, which had repercussions far beyond dented pride.

Morgan Schneiderlin and Victor Wanyama were both booked against the Blades and, as a result, were suspended for the visit of Everton - absentees which saw Harrison Reed given his first Premier League start.

The 19-year-old academy graduate has been patiently waiting in the wings for his chance and certainly grabbed it, putting in a wonderful display in defensive midfield.

Long was delighted for Reed, who he jokes is like the lead character of American TV show 'Ray Donovan' - a professional 'fixer' who makes people's problems disappear.

"I call him Ray Donovan because he just cleans up in midfield," he said with a smile.

"I was delighted for him because he trains hard and I was really impressed since the first day I came in.

"He was waiting for his chance

It is hard to get a game with the quality we have in midfield, but two suspensions and Jack Cork injured as well, it has given him a chance to shine and he took it.

"I thought he was immense and did really, really well stopping the ball getting to the attack and breaking up play

It was good to watch."

As for Everton, they approach Stoke's arrival at Goodison Park with their injury problems somewhat improved

The return of John Stones is one such boost, with the England international fit to start again after damaging ankle ligaments and going under the knife in October.

"I think John is ready," manager Roberto Martinez said of the defender, who has been an unused substitute in Everton's last two matches.

"Obviously we had some players back and that is always pleasing.

"Kevin Mirallas is probably the next one and that should be in the next few days.

"It's important we get everyone back

James McCarthy and Leon Osman, we'll assess them in the next few days.

"And there is Darron Gibson, so it will be important to get some fresh blood into the side."