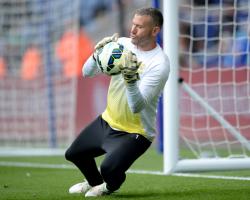 The 39-year-old spent 10 seasons as a Saints player and, following his testimonial at the end of the last campaign, will now move into a role at St Mary's Stadium as part of the backroom staff behind new manager Claude Puel

Davis is set to offer support to players in the first team as well as the development squad, act as club ambassador and will also begin work on coaching qualifications

Being at the club for as long as I have and with the experience I've picked up, it's important to pass that on to the younger players as they make their way towards the first team," Davis said on the club's official website

"I am delighted to be staying with the football club and looking forward to playing a big part in helping the club continue its fantastic progression."