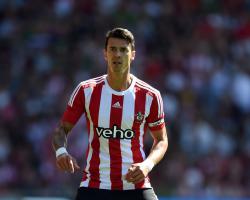 Having largely controlled the opening 45 minutes, the Saints had been leading 2-0 at half-time, with goals from Fonte and Virgil van Dijk, before their struggles began in the second half.

Following Leicester's opening goal from the in-form Jamie Vardy, however, Southampton began to defend from an increasingly deep position when their visitors had previously posed little threat.

Despite the forward then missing a fine chance to equalise in the 81st minute, he was given yet another in stoppage time which he confidently finished it to secure a 2-2 draw, and Fonte is convinced that his team-mates competing throughout the international break caused them to be sluggish

"We controlled the game in the first half," the Southampton captain, who on Friday signed a new contract to remain at the club until 2018, said

"But we were against a team that never gives up

We knew about that, before the game we were talking about it.

"In the second half, we weren't fresh

We dropped our intensity

We stopped pressing them

We allowed them to have the ball too much

We didn't hold the ball up front.

"And that invites pressure

When that happens, you run the risk of conceding goals and that is what happened.

"We had a lot of people away on international duty

They came back tired

You could see we were tired

Leicester don't have as many players (as us) in the national teams and it showed.

"We weren't fresh enough after 55 minutes

It's hard when you go away (on international duty) but we will talk about what we can do."

Saturday's fixture represented the third time this season that Leicester have recovered from a two-goal deficit to draw or win.

Claudio Ranieri's team last month drew 2-2 at Stoke and defeated Aston Villa 3-2 having trailed 2-0 on both occasions and the manager - for all of the potential stress that could follow his team's unpredictability - insisted that they are instead making him feel younger.

"Younger: when I win or draw, always younger," the 63-year-old responded when asked how Saturday's drama had made him feel.

"At the moment it's not stressful because we drew the match

If I'd lost it would have been more stressful.

"But I'm happy because I talked to the players at the end of the first half and said 'Okay, we are losing 2-0

it's not important for me if we lose three, 4-0, I want to see you fighting until the end and then I'm happy.

They play for the team and this is very important."