​Southampton striker Charlie Austin has been charged by the Football Association for an alleged gesture that was perceived as "abusive and/or insulting" in thehome clash with Manchester City on Sunday.

Ralph Hasenhuttl's side lost the encounter 3-1, despite levelling the scores on the 37th minute, with two quickfire strikes before half time sealing the victory for the Citizens. 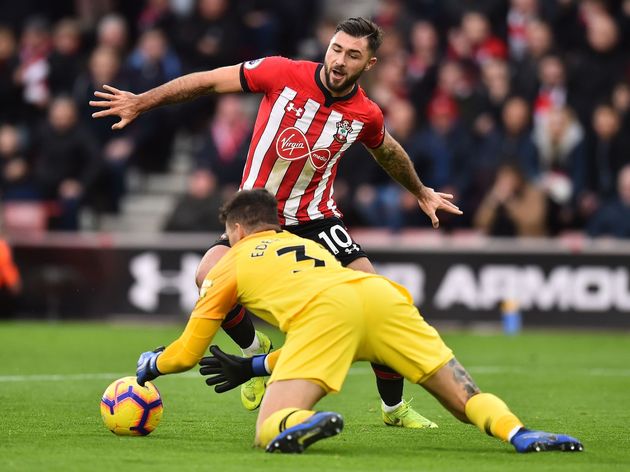 However, in a ​statement from FA's official spokesperson, it has been revealed that the governing body have levelled a charge at the 29-year-old for a gesture he made in the 68th minute of the game.

"​Southampton’s Charlie Austin has been charged following the game against Manchester City on Sunday [30 December 2018]," the statement began.

"It is alleged that Mr Austin’s gesture in or around the 68th minute of the fixture was abusive and/or insulting. He has until 18:00 on 7 January 2019 to respond."

A corresponding statement from the club was also posted, detailing the same thing, but it did not allude to whether the player and club would be protesting the charge or not.

#SaintsFC’s @chazaustin10 has been charged by The @FA following last weekend’s game against #ManCity: https://t.co/NLQmMgzBJC

Austin has played 17 times across all competitions this season, but has struggled to find his shooting boots, with intermittent gametime allowing him to score just three goals. This goalscoring problem has not been consigned solely to Austin on the south coast, with the club registering just 21 goals in 21 games in the ​Premier League thus far.

Following Wednesday night's ​battling stalemate with Chelsea at Stamford Bridge, the Saints sit in 18th position in the table, two points clear of Fulham in 19th and two points off Cardiff in 17th. They face former manager Claude Puel's Leicester City in their next league clash.