​Southampton have been put up for sale less than three years after Chinese businessman Gao Jisheng took over at the club, and could be sold for £250m.

Rumours have circulated for some time suggesting that Gao may soon leave Southampton following a fairly unsuccessful tenure as the club's owner, and now it appears that more than one broker has been hired in an attempt to sell the club as soon as possible.

With Southampton embroiled in another season of struggles, Gao has seemingly decided to cut his losses in English football. 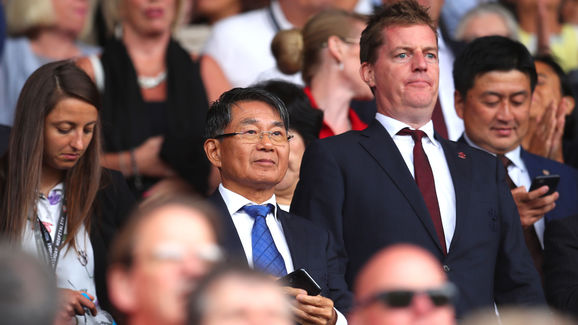 According to the ​Sunday Times, the club has been valued at £250m - a price that would allow Gao to sell for a similar amount as previous owner Katharina Liebherr did in August 2017.

Gao had previously suggested that he was unwilling to part with the club last June, claiming that he was committed to helping the Saints and wasn't simply improving ​Southampton for personal profit.

"I am not treating Southampton as a pig to be fattened and sold," Gao said. "I am treating it as a child. But my children must believe they cannot depend on the boss. I have said to Southampton: 'I am now your father. But I am putting you on the right track - you need to feed yourself'."

However, another season of turmoil on the south coast has evidently swayed Gao's mindset, with Saturday's 1-0 home defeat to ​Newcastle leaving the Saints 14th in the ​Premier League table, just seven points above the relegation zone.

The club have finished 17th and 16th in the last two seasons, fending off relegation consistently under Gao's ownership.

Southampton traditionally acted as a feeder club since their return to the top flight in 2012, receiving large transfer fees for the likes of Virgil van Dijk, ​Sadio Mane and ​Luke Shaw. However, the club have been unable to invest those profits adequately, blowing big money on players such as Sofiane Boufal, Guido Carrillo and Che Adams with little reward.

Southampton supporters will be hoping that the club's potential sale - and the end of Gao's ownership - can signal marked improvements in upcoming seasons at St. Mary's.