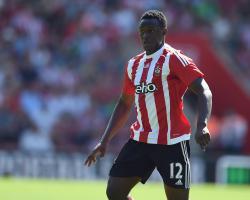 The Kenya midfielder's request to leave St Mary's amid interest from Tottenham was steadfastly rejected by Southampton, the south coast club retaining both Wanyama and Sadio Mane.

Saints boss Koeman spoke with Wanyama at length on Wednesday, revealing the 24-year-old is now in line to face West Brom when Premier League action returns this weekend.

"We know that it was a hard fight but I think our statement was very clear to everybody: nobody for sale," said Koeman, ahead of Saturday's league clash at The Hawthorns.

"We know the future, Victor knows the future, and I spoke to Victor yesterday and he's back with a real focus for the team, and if he's back like that, he's part of the team.

"When I spoke to Victor yesterday, already it was a different person than he was in the last week of the transfer window."

Like Southampton, West Brom were able to fend off Tottenham's advances for one of their top talents, striker Saido Berahino.

Unlike Wanyana, Berahino voiced his displeasure publicly, threatening to go on strike before frayed tempers were calmed.

Koeman praised Wanyama for keeping his counsel in some regards, indicating that level-headed approach left the door open for reconciliation.

"It's always dangerous to say like Berahino you never will play more for your club, you have to respect the fans, to respect the team and the team-mates," said Koeman.

"But Victor didn't say anything about that.

"Victor said he would like to move, but now he has accepted he will stay, and I think that's the good way.

"It's possible that Victor will start this weekend, yes.

"He understands the situation; he understood how it was in the last week.

"And I think ambition is always a good thing for a player, but okay it happened and I like to go forward.

"If the player shows real commitment to everybody at the club, I can forget what happened in the last week (of the transfer window)."

Southampton's transfer window resolve was stiffened by Wanyama having two years to run on his current St Mary's contract.

Koeman admitted the club remain keen to extend that deal, though conceded Wanyama himself holds the cards.

"We know he has two more years on his contract, and maybe in the next few months the club will have a good time to talk to Victor about that," said Koeman.

"And it's all about the player: we like to keep the player for more years, but it's up to the player."