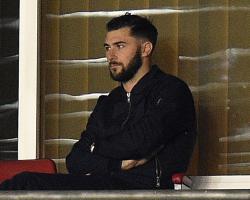 The 26-year-old striker had not played for QPR since mid-December due to a hamstring injury, but he had been back in training with the Hoops prior to completing his ÃÂ£4million switch to St Mary's on Saturday.

Austin will train with his new team-mates on Monday and his condition will be assessed ahead of Saints' trip to Manchester United next weekend.

"We'll see what his physical state is because he is just coming back from a hamstring injury," Southampton boss Ronald Koeman said

"On Monday and Tuesday we will do tests about his fitness

Then we will know how fit the player is, whether he is close to being part of the team or if he needs more time to be 100 per cent

"The most important thing is that he has no problems about his fitness and that he is physically ready to be part of the team."

Koeman insists Austin's arrival does not signal the departure of one of his other forward players, with Graziano Pelle, Shane Long and Sadio Mane having all been linked with moves away this month

"We've brought in more competition for the strikers," the Dutchman added

"We've brought one player in but still nobody will go out

"It's good for him that he is in now

He needs time to adapt to how we work and he'll know everything for next round season."

Austin watched from the stands as his new team secured a comfortable 3-0 win over West Brom on Saturday.

James Ward-Prowse scored with a free-kick and a penalty before Dusan Tadic wrapped up the victory in the second half.

To add to Albion's problems, Darren Fletcher went off with a knee injury and looks set to join fellow midfielder James Morrison on the sidelines.

"We lost Fletcher and we lost Morrison on Wednesday at Chelsea.

"James has a ruptured hamstring, which is obviously a massive blow for him and us because he's a quality player.

"Darren's knee opened up so we will see how that is

He will need a scan on that before we know how bad it is."