Ronald Koeman- 100m would not be enough to sign Saido Mane 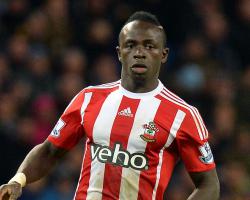 The 23-year-old has shone in the 15 months since swapping Red Bull Salzburg for Saints in a ÃÂ£10million deal.

It led to strong interest from Manchester United in the summer and Press Association Sport understands the likes of Bayern Munich and Paris Saint Germain are amongst the high-profile clubs monitoring Mane.

However, Saints boss Koeman says there is no chance that the Senegal winger, or anyone else, will be leaving when the transfer window re-opens.

"Already we spoke about that situation and we sell nobody in January.

Meanwhile, Saints have secured the future of highly-rated Josh Sims until 2018.

The Saints academy graduate was part of the triumphant England side at last year's European Under-17 Championship.

Manchester United, Chelsea and Liverpool have been linked with Sims in the past, but the 18-year-old has now signed a new two-and-a-half-year deal at St Mary's.

"I'm happy that the club has also shown faith in me.

"First and foremost this season I really want to nail down a place in the Under-21s, show the first-team staff what I can do and then see where that takes me.

"The aim is to get into the first team, but the Under-21s is the first step

I know the standard I need to get to and hopefully I can impress this season."